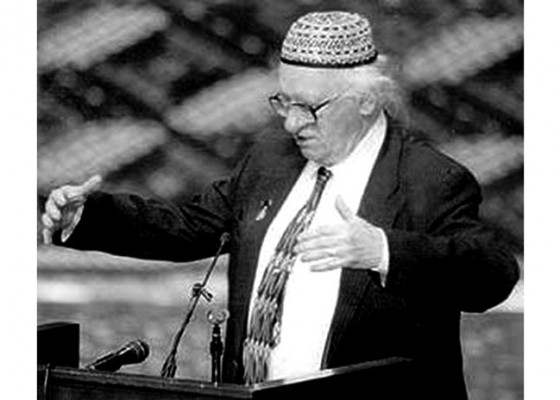 I have the book «The popular People of the 20th century» published in Russian in the beginning of 90-s of the 20th century in my hand. While I was looking through the pages of the book the article «The leading scientist of archaeology of Central Asia» attracted my attention. It was very strange and interesting biography. This personality had to overcome a number of difficulties and went through continents.

Resources of the Zengibaba Lake

We can see the Akjagaya Basin, the Mergenashan Ravine, including Zengibaba area near the Gaplanggyr Reserve in the territory of the Dashoghuz Province. They are located in the desert area in 180 km. distance from the centre of the Dashoghuz Province and in 60 km. of south-west from the Ruhubelent township, at the foot of the Shasenem State Nature Reserve. These beautiful places of nature are remarkable for their geographic location, by their unique flora and fauna. According to the legend among the people once upon a time the saint person by the name Zengibaba lived in this part of the country. He was the god of cows. Sitting on top of the hill on the bank of the lake with fresh water, around which there was abundance of green grass Zengibaba pastured cows. The seven metre long grave of Zengibaba has preserved to our times on the top of the mentioned hill. The lake situated near it is called the Zengibaba Lake. The total area of the Zengibaba Lake is equal to 2470 hectares and the volume of water is equal to 140 cubic metres. It borders on the Shasenem State Reserve. This lake was formed as a result of flow of drains in the north-west of the Zengibaba Elevation. The deepest point of it reaching 16 metres of depth is situated in the eastern part of the lake. Large and small drains joining together form the 15 km. long lake. The bushes of tamarisk and ca 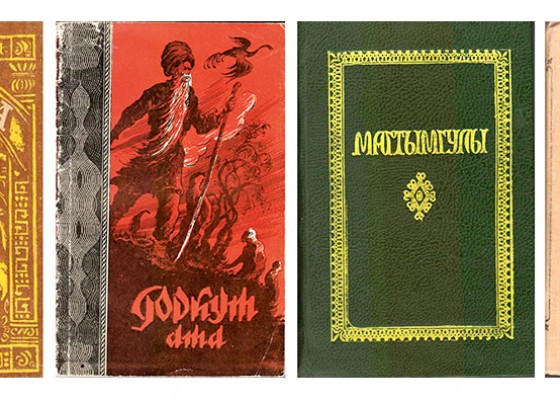 European Orientalists about the Turkmen Literature

The scientists of Europe began showing interest in Turkmen literature in the 19th century. Heinrich Friedrich von Diez (1751-1817), a German diplomat and orientalist , translated and published several works of Eastern literature. In 1811 he published some parts from the Turkmen epic «The Book of Father Gorkut» («Gorkut ata») under the name «The Book of Oguz». Besides that he published his article about the chapter of the epic «The song how Beset killed Depegoz» comparing it with the episode about one-eyed Cyclops, named Polyphem in the 9th song of the epic «Odyssey» by Homer, a Greek epic poet of the 8th century B.C. He also published Turkmen sayings and proverbs, because for some years he worked as a diplomat in Turkey. Johann Wolfgang Goethe (1749-1832) a well-known German classic poet, after reading «The Book of Oguz» published in German by Friedrich von Diez wrote the following poem expressing his gratitude to him in his book «West-östlicher Divan»:

With the Pace of our Times

the Session of the Halk Maslahaty of Turkmenistan was held Really the pace of our times leads us forward with a great speed. These development changes are inseparably linked with our glorious Independence. Development of the country according to the modern demands of the civilized world is very important for making progress of the society and for prosperity of the national economy.

A Wrestler Dish (A Short Story)

Berdi has returned from anniversary birthday party with a trophy. «He is not Berdi, but he is a brave spirit» as said Madresul, friend and fellow student of Berdi who had brought him to the party. Leaving the party, Berdi muttered to himself all the way coming to the hostel. «Well, would you ever do such a thing if you are not an out-and-out fool, as Gorogly beg used to say. Not for nothing do our forefathers said, «Don’ t ever try do something which you cannot grasp». Well, you’ve come here to study. Well, you do some wrestling. So what?! Aren’t there any other wrestlers except you? Wrestling doesn’t mean that you are the winner. Wrestling is just trying your luck. You either win or lose. If you are strong enough with your muscular calves, strong wrists and have knowledge of numerous wrestling methods – then, you are the winner. Otherwise, you are subjected to defeat by opponent with your back, touching the ground, and if you are able to move quickly from under your rival, then have no other choice rather than leaving the wrestling field accompanied with derisive laughter from spectators. And if you taste someone’s bitter words, you will be shivering and trembling with breaking out in goose pimples all over your body. In addition, if he says, «Alas, the ground where this fleshy wrestler fell down cracked with resounding noise, I am afraid that he has wetted his pants». You wil

The wonderful buildings of the «Belent jay» company

The esteemed President of Turkmenistan Gurbanguly Berdimuhamedov says, «Businessmen are the gold fund of our country». During the period of transition of our state to market relations these words are deserved appraisal given to businessmen. Really, during the Epoch of Prosperity of the Powerful State about 70 per cent of produced domestic products belong to the members of the Union of Industrialists and businessmen.

Ashgabat is the crossroad for the life paths of many Turkmen people. Many Turkmen poets and writers created their masterpieces in connection with Ashgabat, because it is the city that unites all the people of Turkmenistan. Many great events took place in this city, the capital of Turkmenistan. Each building or street of the city reminds of historical events like a symbolic monument. The Ashgabat Railway Station is the starting point for many of them. It connects not only all the provinces of the country but it was also the station from which Turkmen people saw off their sons who went to the frontline to defend their Motherland during the Great Patriotic War. Day and night trains loaded with the necessary goods for the front passed along this railway station. In peaceful life, the Ashgabat railway station is always full of people starting on journeys, trips for different purposes. Especially, in summer and autumn there are many young people, girls and boys dressed brightly, reminding the colours of rainbow, come to study to Ashgabat.

The main event of celebration of the Day of Knowledge and Students marked widely in our country started in Ashgabat.

The word «bagshy» (bak-shi) comes from the ancient Indian Sanscrit language which meant «clerk», but in the Middle Ages in the Turkmen language it acquired the meaning «the musician and singer», along with another Turkmen word «ozan» which meant « a story teller». So «ozan» and «bagsy» were the synonyms in the meaning of «a story teller and singer». They usually participated in different parties held in connection with wedding ceremonies, national holidays and during the celebration of different family events. In general Turkmens liked to listen to their performances of destans, folk novels and songs to the accompaniment of their two stringed musical instrument. The epics «Asly and Kerem», Sayatly and Hemra» «Gorkut ata» (The Book of my grandfather Gorkut») the heroic folk epic «Gorogly», «Asly and Kerem», Sayatly and Hemra», «Shasenem and Garyp» and others were the parts of Turkmen literature and culture.

Burc Turkmen is situated in Turkmenistan and represents more than 25 multinational companies. Burc Turkmen is involved in sales, installation, technical support services in the fields such as Airport Electronic Systems and Ground Support equipment, Security Systems, Environmental, Meteorological, Laboratory Systems and equipment, Telecommunication systems and equipment, Radars, Satellite Communication systems in Turkmenistan. Having its own offices, warehouses and service facilities in Turkmenistan and providing all technical and logistic support, the technical department of Burc Turkmen consists of highly qualified and well trained engineers which deal with installation, maintenance, repair and training.

Beki Seytakov was born in 1914 into a poor peasant’s family in the Bedirkent village of the Tagta district of the Dashoghuz province. He experienced a hard life in his childhood. Later he expressed his feelings about that period of life in his poem «Little Child»: I remember my childhood passed in sorrowDay and night I wanted bread to borrow.

The Garden in Bamy

Bamy is one of the ancient villages in the Baharden district. If you go by car along the Ashgabat – Turkmenbashy automobile highway at the 170 km. distance you will see a garden on the right side of the road. Before planting trees here the specimens of the soil and water of this area were taken to Turkey and their laboratory analysis was made. According to that analysis young plants of fruit-trees were chosen. There is an eternal truth in the world. That is the natural peculiarities of the Earth according to its parallel belt. Turkmenistan is situated on the same parallel belt not only with neighbouring countries but with Israel, Turkey, Greece, Cyprus, Japan, with some territories of the USA which are situated at the far distance. It means that the trees, plants growing in those areas will grow in Turkmenistan too. Because there are several similarities in the climate of those territories.

Turkmenistan is becoming an observer of WTO: a new leap in foreign trade

Under the leadership of our Esteemed President, in the year of «Turkmenistan — Home of Neutrality» Turkmenistan, continues to achieve great success in various spheres such as economy, industry, education, health protection, diplomacy and many more. In my article I am going to give a specific observation of our country’s future growth in the aspect of foreign trade. In accordance with the «Concept of the foreign political course of Neutral Turkmenistan for 2017-2023» Turkmenistan, as a Neutral State, follows legal obligations and builds its relations with other states, relying on the principles of equality, mutual respect and understanding, and non-interference in internal affairs of other states. One of the main dimensions of Turkmenistan’s foreign policy is maintaining friendly relations and developing multilateral co-operation with foreign countries. Our esteemed President Gurbanguly Berdimuhamedov notes: «The goal of the regional policy of Turkmenistan is aimed at creating optimal geopolitical and geo-economic conditions for establishing large-scale international partnerships». Our country attaches particular importance to co-operation in these areas with the United Nations and its specialized agencies. On December 6, 2019, the President signed a number of important documents that will outline the content of further focused activities of our country’s foreign policy and di