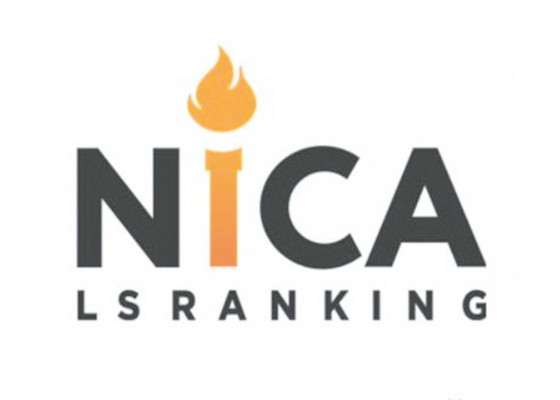 Turkmen University in the World Ranking in Jurisprudence

One of the domestic universities – the International University for the Humanities and Development – according to results of 2022, took the 96th place in the authoritative international ranking "Nica.team Law School Ranking" (Ranking of higher educational institutions of the Nica.team in the field of law). Being the first institution of higher education from Turkmenistan, which entered the top 100 of such a prestigious and unique “pedestal of honour” in the field of education, the IUHD was placed in the rating table next to Harvard University (USA), Cambridge University and Oxford University (UK), the University of Sydney (Australia), the University of Vienna (Austria) and others. In total, this ranking includes 1,677 universities from around the world. When commenting on this achievement at the International University for the Humanities and Development, it was stated the Nica Law School Ranking, in addition to the world one, also ranked higher education institutions in a number of other areas on a regional scale. If in jurisprudence the International University for the Humanities and Development in the world ranking rose to 96th position, then in the field of international humanitarian law it is recognised as the ninth in the world, in the Asian continent, the IUHD became thirty-fifth and in the field of international humanitarian law in Asia it ranked fifth in the pr 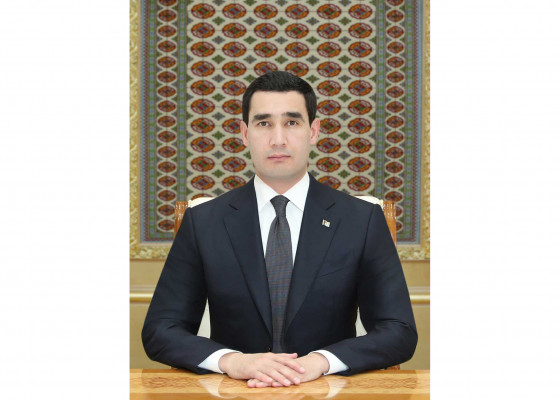 Today, President Serdar Berdimuhamedov has received Deputy Prime Minister of the Russian Federation, Co-Chairman of the Intergovernmental Turkmen-Russian Commission on Economic Cooperation for the Russian part Alexei Overchuk, who arrived in Turkmenistan at the head of a representative delegation of his country. Expressing gratitude for finding time for a meeting, the guest conveyed warm greetings to the head of state from President of the Russian Federation Vladimir Putin and Chairman of the Government of the Russian Federation Mikhail Mishustin, who sent their best wishes to all the Turkmen people. At the same time, Russia’s commitment to traditionally friendly, fruitful relations with Turkmenistan was confirmed. 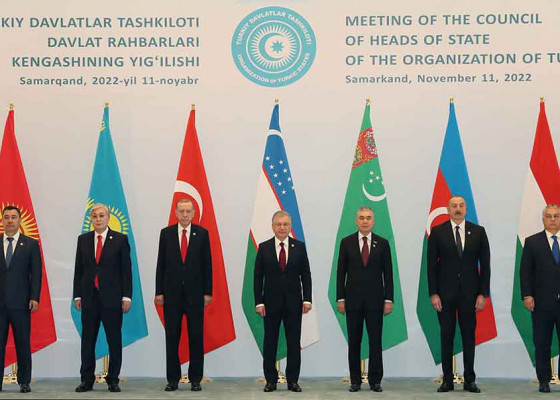 Chairman of the Halk Maslakhaty of the Milli Gengesh of Turkmenistan Gurbanguly Berdimuhamedov called on the Organization of Turkic States (OTS) to do everything necessary to end conflicts in the world and develop far-sighted, responsible solutions. This was stated by the Hero-Arkadag, speaking at a meeting of the Council of Heads of State of the Organization of Turkic States in Samarkand. «Promoting the approaches typical for the modern conjuncture of international relations, Turkmenistan proceeds from the need for consistent consolidation of the efforts of countries to achieve the main strategic goal. The goal itself is to ensure universal stability and security in decision-making through strict observance of the norms of international law and the UN Charter», –noted Arkadag Gurbanguly Berdimuhamedov. 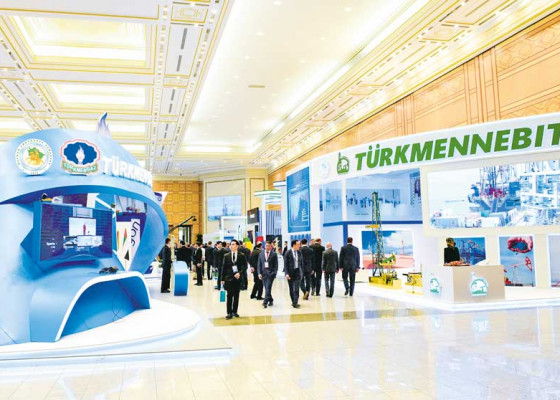 Ashgabat Hosts the International Conference and Exhibition “Oil and Gas of Turkmenistan-2022” The Chamber of Commerce and Industry hosted the International Conference and Exhibition entitled “Oil and Gas of Turkmenistan-2022”, organised by the Türkmengaz and Türkmennebit State Concerns and the Türkmengeologiýa State Corporation in partnership with the Turkmen National Oil and Gas Company (NaPeCo), the Turkmenbashi complex of oil refineries, the Turkmen Forum Economic Society and with the support of the British company GaffneyCline. 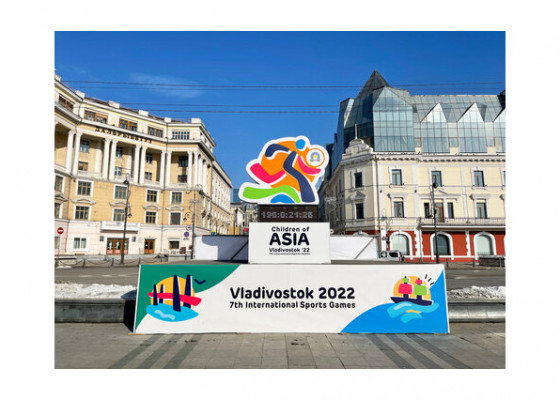 Children of Asia – the Beginning of Victories

«Türkmenistan Sport»,&nbsp;№&nbsp;3&nbsp;(15), 2022 Young Turkmen athletes showed excellent results at the 7th Children of Asia International Games, which were held in Vladivostok. The Turkmenistan national team won 16 medals (2 gold, 3 silver and 11 bronze ones) at the magnificent sports festival. Our compatriots won 2 medals in the athletics tournament (a gold medal in the 3,000-metre run and a bronze medal in the 1,500-metre run) and a silver medal in the table tennis tournament. Wrestlers brought 13 more medals to the treasury of the Turkmenistan team. The Turkmen team took the tenth place in the team event. This is a great international success for the young athletes of our country in the year «The Era of the People with Arkadag». 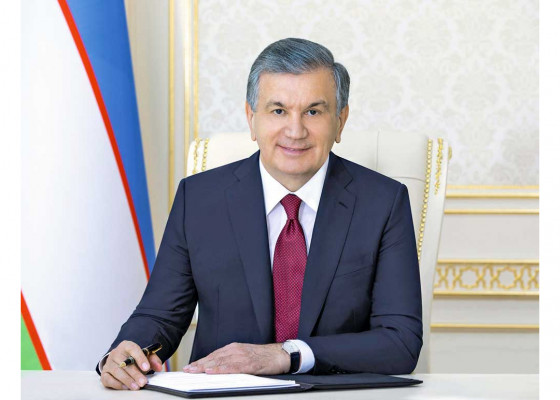 SAMARKAND SCO SUMMIT: Dialogue and Cooperation in the Interconnected World

The chairmanship of Uzbekistan in the SCO fell on a dynamic period, rather full of various events and trends – a period of “historical break”, when one era ends and another, still unpredictable and unknown, begins. The modern system of international cooperation, based on universal principles and norms, is beginning to break significantly. One of the main reasons for this is a deep crisis of confidence at the global level, which, in turn, provokes geopolitical confrontation and the risks of reviving stereotypes of bloc thinking. This process of mutual exclusion makes it difficult for the global economy to resume its natural course and for global supply chains to recover. 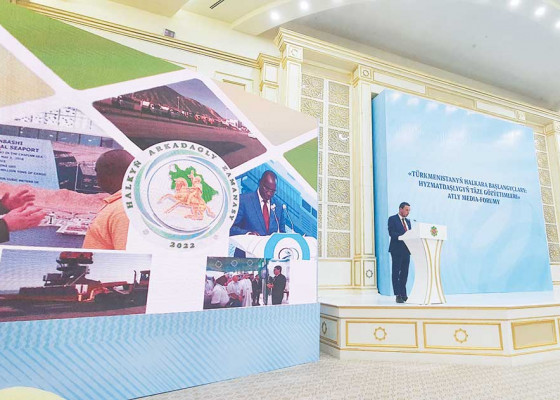 Media forum: New horizons of cooperation in the context of global initiatives of Turkmenistan

The other day, the conference hall of the State Committee of Turkmenistan on Television, Radio Broadcasting and Cinematography hosted a media forum entitled “International Initiatives of Turkmenistan: New Horizons of Cooperation”, devoted to the results of the International Ministerial Transport Conference of Landlocked Developing Countries and events timed to coincide with it. The main goal of the Forum, held in Turkmen, Russian and English, was to consider the role of the media in further strengthening international cooperation. One of the main topics discussed was the significance of new constructive initiatives put forward by President Serdar Berdimuhamedov at the International Conference held with great success in the Avaza national tourism zone on August 15-16. 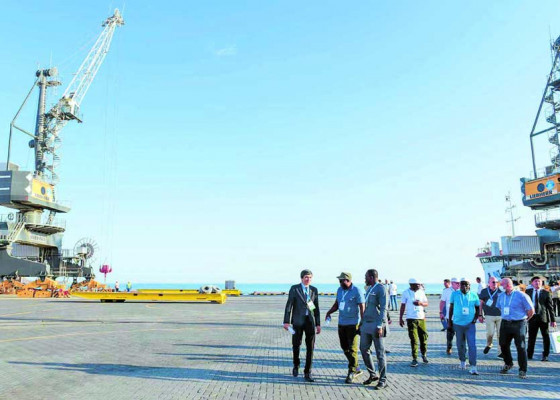 Strategic guidelines and priorities for integration into global transport flows were discussed at the high-level meetings in the Avaza national tourism zone. Transport development is of crucial importance in modern conditions. Today, the recognition of Turkmenistan’s contribution to international cooperation is becoming increasingly obvious, as illustrated by the adoption of the UN Resolutions at the initiative of our country. The policy of Turkmenistan, aimed at promoting continuous and consistent partnerships, was recognised by the countries participating in the forum: 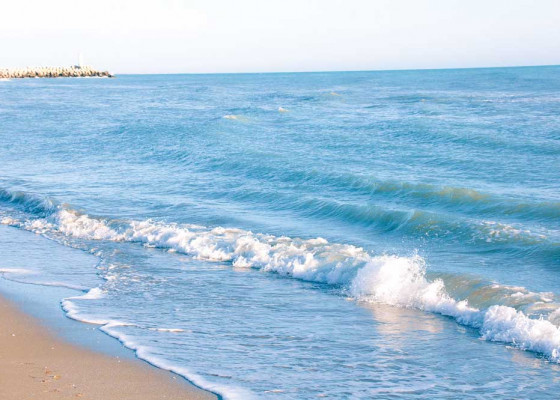 Sea of Peace, Stability and Partnership

Since 2006, five Caspian Sea states, including Turkmenistan have observed the Caspian Sea Day on August 12. International meetings, scientific conferences, roundtables of environmental scientists, youth events and environmental actions are held to mark this date. Turkmenistan that is committed to maintaining peace and cooperation in the Caspian Sea region promotes a constructive dialogue based on respect for national interests of all parties and joint efforts in the implementation of promising regional projects on the entire spectrum of Caspian Sea issues. The illustrative examples include the Caspian Environment Programme (CEP), which was implemented in several stages from 1998 to 2010. The main outcome of the Programme is the adoption of the Framework Convention for the Protection of the Marine Environment of the Caspian Sea (Tehran Convention), which for a long time remained the only legal document obligatory for all the Caspian Sea states (the Caspian Sea Day marks the adoption of the Tehran Convention). One of the proposals of our country is to revive the CEP in a new format, taking into account modern realities and the newly adopted five-sided documents, in particular, the Convention on the Legal Status of the Caspian Sea. 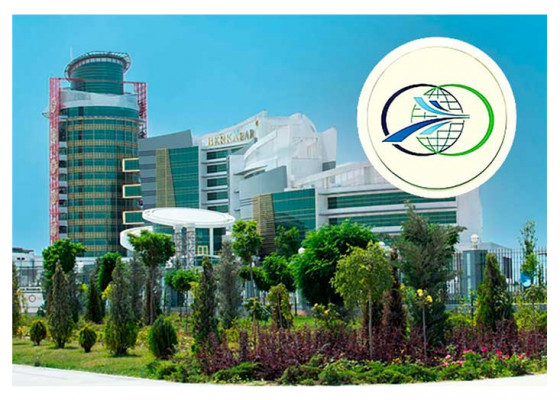 President of Turkmenistan Serdar Berdimuhamedov has put forward new international initiatives in the transport sector for landlocked countries. The head of state spoke about them in a video message to the participants of the International Ministerial Transport Conference of Landlocked Developing Countries, which opened on Monday in the city of Turkmenbashi on the Turkmen coast of the Caspian Sea.