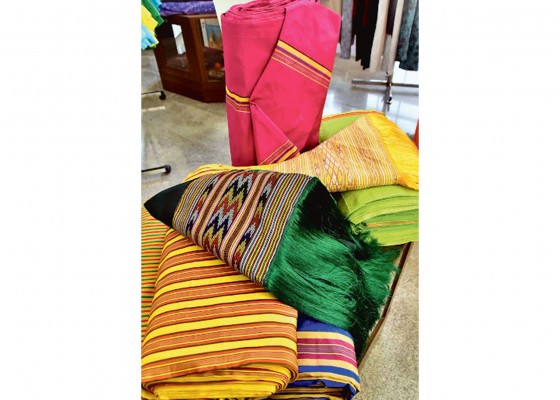 This year, 2,100 tons of silkworm cocoons have been produced in Turkmenistan - a valuable raw material for one of the leading branches of the domestic agricultural industry, which has a long history and traditions. Since ancient times, the Turkmen people have been engaged in silkworm breeding and made clothes of silk, decorated with silk embroidery. Clothes made of natural silk, which are warm in winter and cool in summer, were highly valued. Silk threads were also used in carpet weaving to manufacture especially delicate and elegant products. Silk imparted colorful tints to ancient carpet designs, transforming carpets into the magnificent specimens of fine art. The possibilities of modern production make it possible to produce fabrics of various density and texture from silk yarn - from thin chiffon and silk organza to dense taffeta and silk brocade. However, the most famous fabric among the Turkmen people has been the silk homespun fabric of keteni for many centuries. Due to its strength and brightness, it has always been highly valued and in great demand. The specimens of ancient silk fabrics made in the ancient Turkmen city of Merv are kept at&nbsp; the famous museums of Egypt, Great Britain and the USA.&nbsp; A characteristic feature of keteni are the golden stripes that frame the edges of the fabric and remain on the front side of the product, emphasizing its constructive 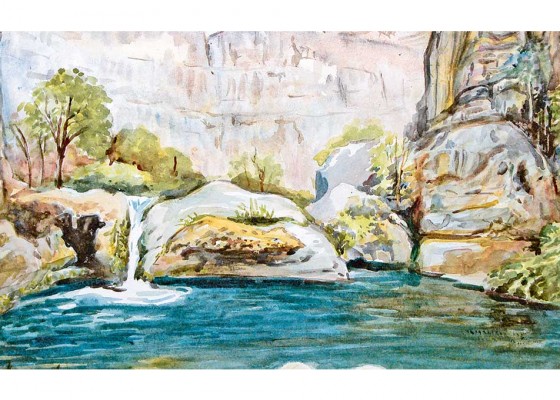 Paintings as a gift

The State Museum of the State Cultural Centre of Turkmenistan is the place where the largest collection of valuable artefacts that reveal the rich cultural heritage of the country, its diversity of flora and fauna is kept. It is constantly replenished due to the conducted scientific and practical research. In October, a well-known geologist of Turkmenistan, Candidate of Geology and Mineralogy, Lecturer of Magtymguly Turkmen State University Anatoly Bushmakin presented to the museum as a gift 50 watercolours and 30 graphic works created by him over 40 years. Anatoly Grigoriyevich became interested in painting back in his school years and attended one of the creative centres of Ashgabat. He was taught an art of painting and selection of colour shades by the Honoured Artist of Turkmenistan Ivan Illarionovich Ilyin. The teacher noted the capabilities of the young student, who was distinguished by his artistic handwriting and special vision of nature and considered that his paintings were worthy of representing Turkmenistan at the All-Union competition among schoolchildren and was not mistaken with the selection – seven paintings took the first place. It was in 1950. However, despite this success, his love for geology outweighed his interest in painting and after finishing school and serving in the army, in 1953, the young man entered the Turkmen State University, where th 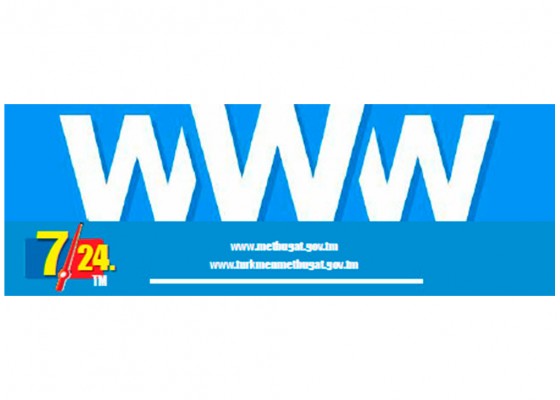 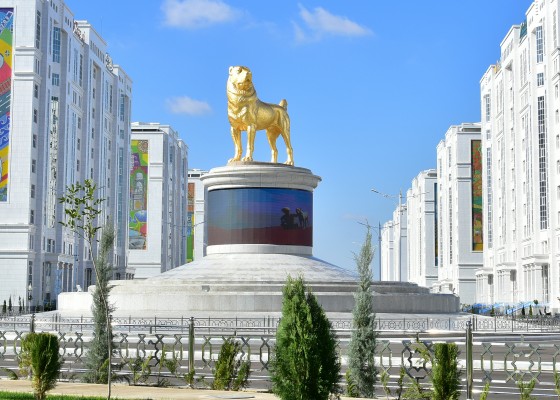 Words from the heart book and poem of our Arkadag called “Turkmen Alabay”: Our ancestor regarded the smell of new born child, fresh bread and start of Novruz equal with the smell of Heaven. I think that the smell of the recently published book of our Arkadag also applies to this statement. As I was reading the book of our President and thought about the smell of new published book. Those feelings, for some reason, reminded me of the moments when I took part in the opening ceremony of alabay dog statue in Ashgabat capital city in 2018. This book is like masterpiece made from words. Contains valuable information about alabay dogs. Aren’t the words only thing that comes from centuries? As mentioned in book alabay is loyal friend of our people that comes from centuries. There wasn’t any book written about “Turkmen Alabay” dogs except book of our Arkadag. This word – is word that Turkmen should introduce to the world! This word – is word that Turkmen leader should share with world! This Word is as new as bread that just emerged from the tamdyr, and as ancient as a thousand-year history of the Turkmen alabay! If we consider the book as a parable, where a person was surrounded by different creatures from the very beginning of the path, and the dogs showed the greatest solidarity to him, it seems like a unique look at the entire path of the human race in this world. At the same tim 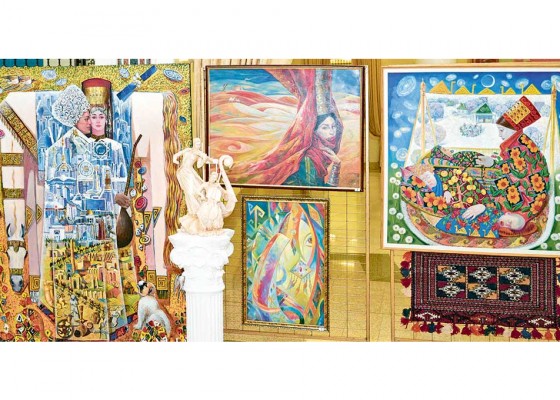 Turkmen Land Is Full of Talents

The Museum of Fine Arts of Turkmenistan hosted a creative contest-exhibition held within the framework of state events to mark the 30th anniversary of the sacred independence of our Motherland and the motto of the year “Turkmenistan – the Home of Peace and Trust”. The organiser of the event was the Ministry of Culture of our country. The main goal of the competition is to popularise and develop the national fine and decorative arts and to preserve its best traditions. Participants in the competition were painters, graphic artists, carpet artists, sculptors, designers (architecture, interior and decor), ceramists and jewellers from all velayats of Turkmenistan. For several hours, a special atmosphere of contemplating art presentations reigned under the dome of the museum. Craftsmen from each velayat presented their works in six nominations: painting, graphics, sculpture, woven tapestries, design and jewellery. Based on the rich national creative heritage, the contestants in their works told about the centuries-old history of the Turkmen people, reflecting all its diversity. It embodies worldly wisdom and natural beauty, which ensured the durability of folk art. 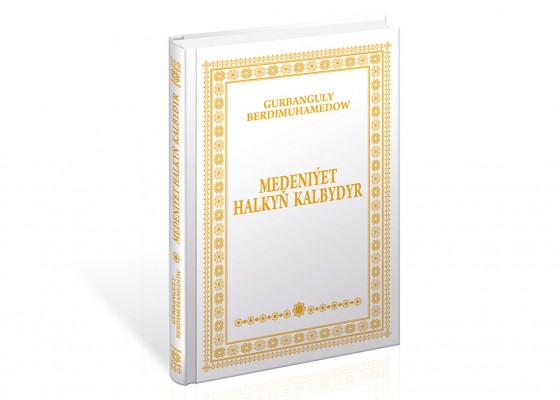 Culture is the soul of people

Organizing large – scale wedding parties, going to the parties with presents is one of the wonderful traditions of the Turkmen people which made a great contribution to the culture of humanity the roots of which go back to ancient times. Not long ago our people ceremonially celebrated the Day of Workers of Culture and Art and Poetry of Magtymguly Pyragy. Here we want to tell about the book «Turkmen Culture» written in 2015 by the Head of our state. Getting acquainted with the book «Turkmen Culture» consisting of 34 chapters and 264 pages, hundreds of original, beautiful pictures a great respect and the love of our Esteemed President for the national culture of our people, art, music and songs, traditions expressed in the book add to our feelings of pride and high spirit. The content of the book shows that the roots of culture of our people go back to the depth of millennium, the contribution of the Turkmen people to the world culture and the Turkmen land is the home of ancient agriculture. Besides that it tells about the role of culture in multilateral development of Turkmenistan during the years of Independence, especially during the Epoch of Might and Happiness. 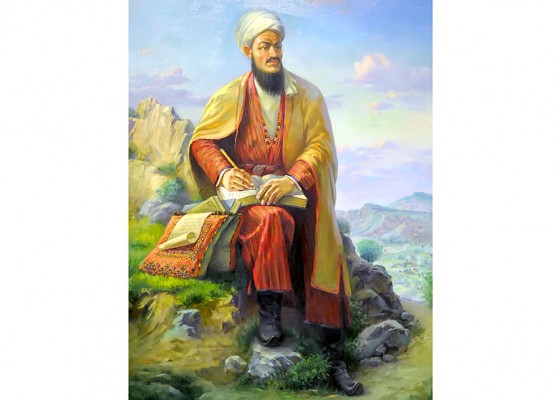 Magtymguly — the poet of the soul of humanity

Gurbanguly&nbsp;BERDIMUHAMEDOV,President of Turkmenistan: — Magtymguly Pyragy is a great poet who created wonderful works and spread philosophy, traditions, spiritual melodies and dreams of our people formed in centuries in the world. Our people accepted his fine poems calling upon the people to unity, friendship, humaneness as the spiritual guide, as the rules of life. In order to study the rich and valuable literary heritage of Magtymguly Pyragy, included into the golden treasury of the world literature, his world outlook, the philosophical ideas of his poems, his influence on the Turkmen life in the 18th and 19th centuries, to show the indissoluble connection of his creative work with scientific – cultural life of Turkmen people and the whole East through digital technologies, to draw attention of the international scientific — literary community to his poetic world and with the aim to celebrate the 300th Anniversary of the birthday of this great poet and philosopher on the international level, the 300th Anniversary of the Birthday of Magtymguly Pyragy, the great philosopher and classic poet of the East will be celebrated on the high organizational level in 2024 according to the Decree of our esteemed President. Of course the monument constructed at the beautiful foot – hills of the Kopetdag Mountains, making eternal the image of Magtymguly Pyrag 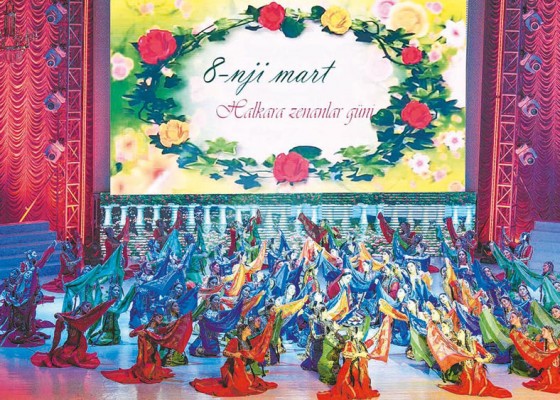 For the glory of women of the native land! 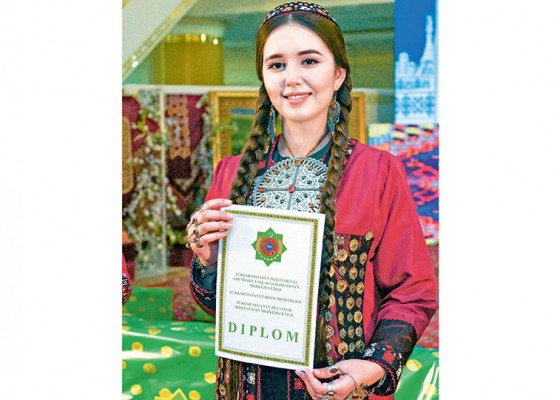 The Centre for Public Organisations of our country has been selected as the venue for the final round of the annual inter-university contest entitled “Talyp Gözeli”, which is a joint initiative of Magtymguly Youth Organisation of Turkmenistan, the Women’s Union and the Ministry of Education. Representatives of the higher educational establishments, the winners of its previous stages, who had passed with honour a serious way of the competitive struggle for the cherished title of Student Beauty of the current year, gathered there to take part in the final round. The contest is known to be primarily based on revealing the important qualities and capabilities that every woman should nurture and develop. After all, virtuously possessing a whole range of skills that help create a cosy home and a special atmosphere of family warmth, girls continue the original traditions bequeathed to them by their mothers and grandmothers. And this is the enchanting beauty of their soul, the beauty that actually defines the leading leitmotif and the tasks of the contest under the traditional name “Talyp Gözeli”, lies in. 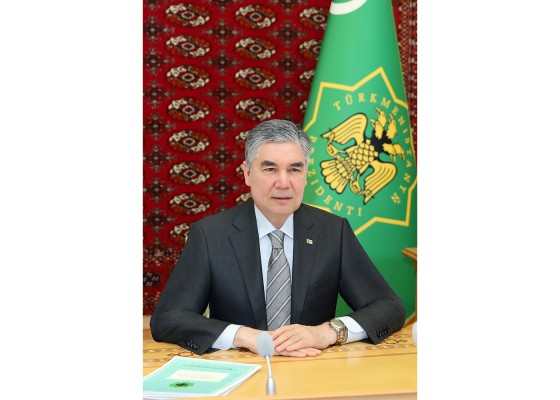 On February 7, President Gurbanguly Berdimuhamedov has held video conference working session with participation of some members of the Government, heads of cultural and mass media sphere, profile departments, directors of universities. Outcomes of work on development cultural sphere and mass media in the last year have been reviewed and future objectives have been specified at the session. First, Minister of Culture A. Shamyradov has informed in his report on the outcomes of activity of facilities under the Ministry that integrated work has been carried out last year for strengthening of equipment and facility base and promotion of digitization, improvement of professional level of art personnel, making of modern meaningful and highly creative works. 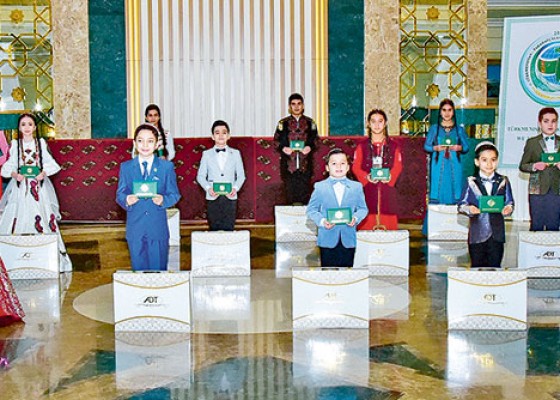 A solemn ceremony in honour of summing up the results of the state contest for awarding Gulbaba Children’s Prize, annually organised by the Central Council of the Magtymguly Youth Organisation to determine the best of the best children endowed with various talents, was held at the Centre for Public Organisations of Turkmenistan. Despite their young age, all of them, are already making a significant contribution to the development of national culture, art and scientific creativity, increasing the ranks of the intellectual movement of the younger generation of our country. The competition started in late December of the last year, and during the winter school holidays, after a careful selection, a special commission determined the names of the lucky owners of the title of laureates of this grandiose competition out of 183 contenders for the title of winners.