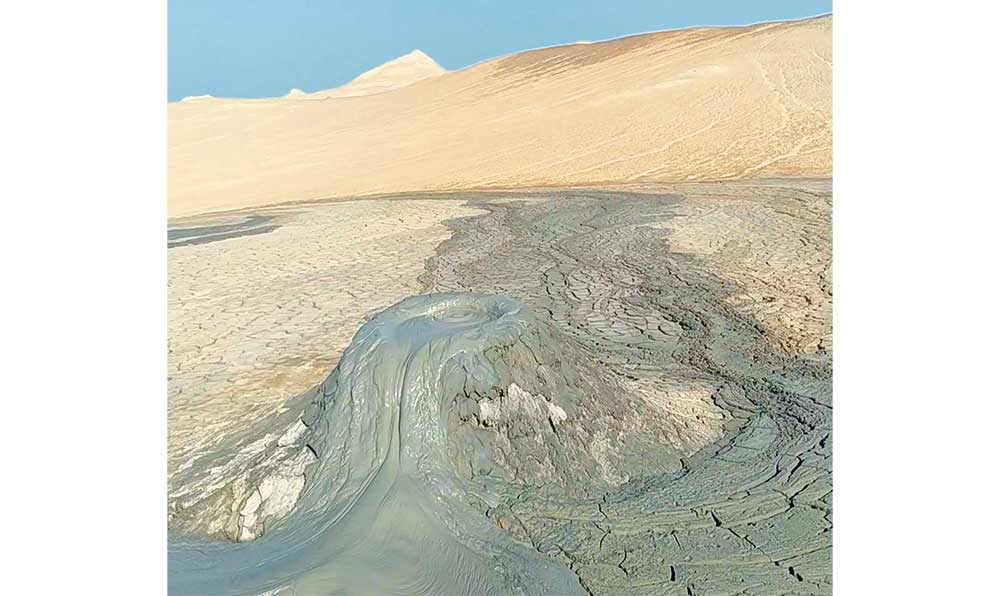 There are many fascinating places in the world that make people enchanted by the beauty and harmony of nature. Undoubtedly, one of such corners of nature is a mud volcano called Akpatlavuk, whose name is translated as White Volcano. It is located in the so-called South Caspian depression in south-western Turkmenistan, where almost half of all mud volcanoes of the world are located. There are more than 200 of them in the region, and about 30 volcanoes are located in the territory of Turkmenistan. Their number varies depending on the activity of the bowels of the earth. For example, a new mud volcano appeared in Turkmenistan’s water area of the Caspian Sea in 2017.

Akpatlavuk is located between the villages of Ekerem and Esenguly in the Balkan velayat. This natural wonder is one of the highest and most active volcanoes in the region. It arouses fascination with its grandeur; its height is about 80-90 metres. The road to the volcano runs along a deserted off-road. After arriving at the foot of the mountain, we climbed its slope, where various shrubs and herbs, such as harmala, wormwood and other plants used in folk medicine grew. The scent of these herbs can be dizzying with a variety of aromas.