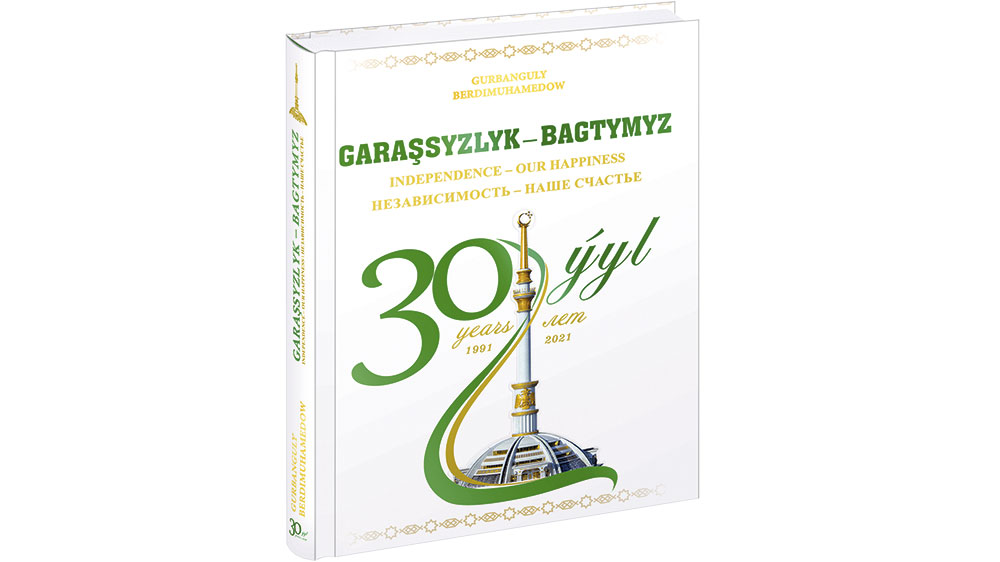 On the eve of the 30th anniversary of independence, the President of Turkmenistan Gurbanguly Berdimuhamedov presented his new book, entitled ‘Independence – Our Happiness’, to the general public. The book became is a source of great pride for the Turkmen people. Published in the Turkmen, English and Russian languages, the book consists of 13 chapters to describe the outstanding achievements and success of our Motherland in the years of independence.

The Turkmen leader noted in the book that the independent Turkmen state, which our ancestors had always dreamed of, created at the end of the second millennium, took the right place on the world political map and marked the beginning of a new and happy epoch. The state structure of independent, permanently neutral Turkmenistan and the life principles fully supported by the world community are based on the centuries-old experience of our wise ancestors, who always responded to the wishes and opinions of the people.