Reflection of the glorious years 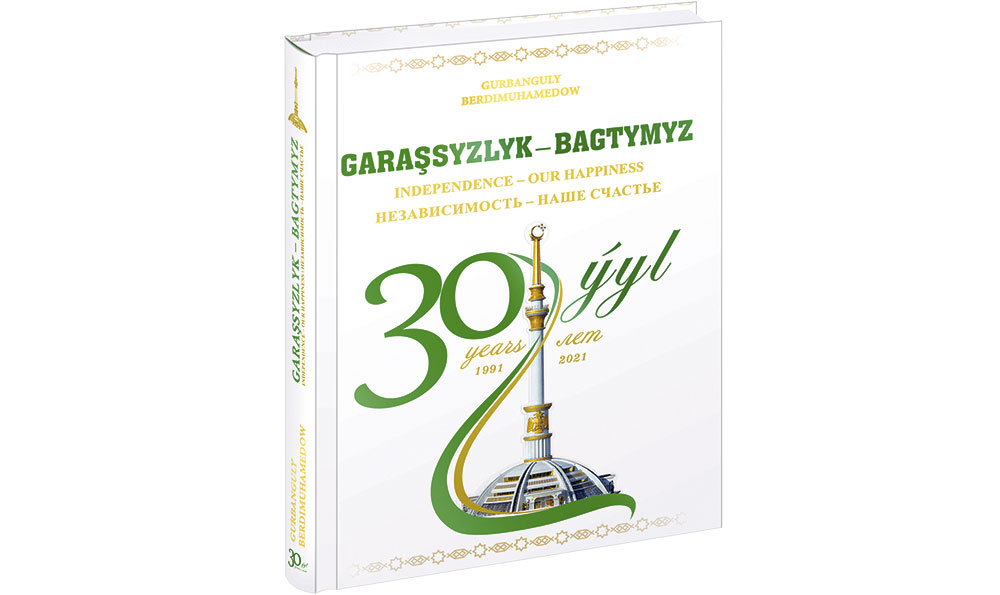 On the eve of the 30th anniversary of independence, the President of Turkmenistan Gurbanguly Berdimuhamedov announced that he had finished writing his new book, entitled ‘Independence – Our Happiness’, and presented it to the general public and to the Turkmen people.

This wonderful book became a unique literary work and a wonderful gift dedicated to the 30th anniversary of independence. In the book, the Turkmen leader revealed the roots and historical significance of independence in a comprehensive and illustrative manner. The President of Turkmenistan described in detail and with great wisdom the role of our independent, permanently neutral country in the international legal situation, in solving the important tasks of the times, and in keeping the peace and well-being of the increasingly globalized world in the book.