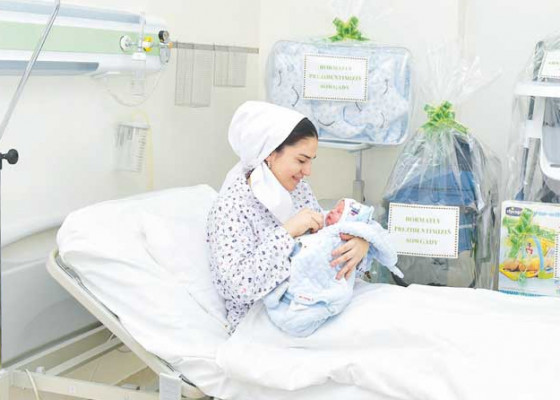 Bagtyyar - the first born of the year

It has become a good tradition in Turkmenistan to announce the name of the first baby born on New Year’s night. The parents named the first-born in 2023 Bagtyyar, which means “happy”. He was born in the family of Gulbahar and Nurmuhammet Mommadovs from Ashgabat and became their third child. New Year’s Day is a time of miracles and gifts and a new beginning, so nothing can be better than the birth of a new life. The birth of a baby at this fabulous time is a real miracle, a long-awaited gift, a great holiday, joy and happiness for every family. And so the name is chosen for him in accordance with his unexpected status. By decision of the family, the baby was named Bagtyyar, because he became the first-born of the year, whose motto is “The Happy Youth with Arkadag Serdar”. 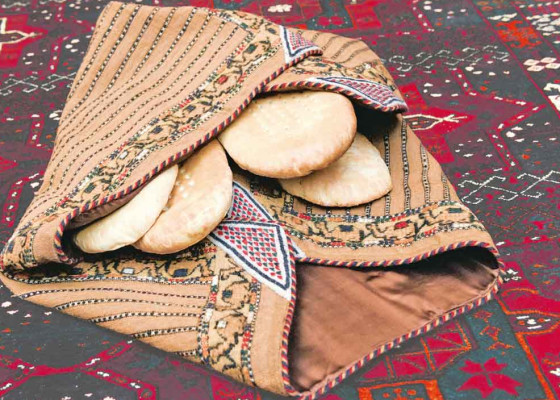 Chorek – a Symbol of Wealth and Wellbeing

The Turkmen people taught their grandchildren to love and respect bread from childhood. They greeted the guests with bread and salt and treated them to green tea. Chorek was compared to gold, the sun and the life itself. They revered and cherished it. They created songs, poems, stories and legends about bread. There are proverbs and sayings about it. “Bread is a nourisher”, “Bread and salt are friends” and “When there is bread, there will be a song” – these wise thoughts are about the main adornment of Turkmen dastarhan. In ancient times, Anau was located at the crossroads of the Great Silk Road and had strong trade and economic ties with the countries of the East and the West. In 1904, an archaeological expedition led by an American explorer Raphael Pumpelly found several soft wheat awns, the age of which is 5,000 years, in the strata of the III millennium BC in Anau. Now, they are displayed at the world’s only Wheat Museum in Anau – the administrative centre of the Ahal velayat. The museum collection features grains, stone grain grinders (II millennium BC), hand millstones (III-II millennia BC), an oil press for sesame seeds, figurines of the goddesses of fertility (Namazga-Depe, IV millennium BC), a bronze hoe (II millennium BC), an arrowhead, a bronze knife (III-II millennia BC), ceramic dish fragments with monochrome and polychrome patterns and other interesting exhibits. 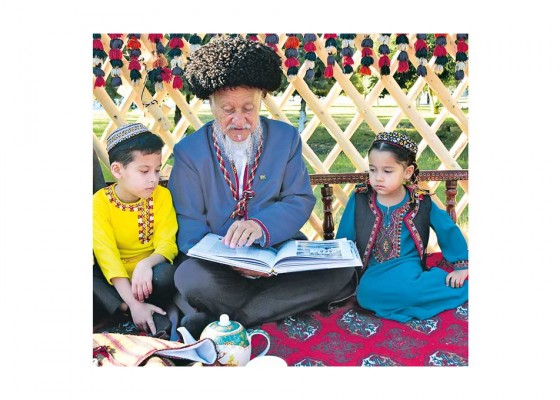 Everything starts from a family

Consistently emphasising the importance of the spiritual and moral upbringing of modern youth, the leader of the nation Gurbanguly Berdimuhamedov urges to rely upon the rich historical and cultural heritage of the Turkmen people and inexhaustible resources of folk pedagogy, in which knowledge, skills and abilities, tested by practice and passed from one generation to another are combined. This, in turn, requires the widespread use of folk traditions and customs in family upbringing, which will have a beneficial effect on the formation of high patriotism, a sense of self-awareness, honour and dignity in young people. We can find the very first ideas of national upbringing in the wise teachings of our ancient forefather Oguz Khan, who paid special attention to the formation of the best traits of national character in his six sons and numerous grandchildren: kindness, mercy, diligence, hospitality and patriotism. So, calling for kindness, Oguz Khan taught, “Honour the old as father and the young as brothers.” In everyday life, the forefather of the Turkmen taught to do good, “Visit the sick person, bid farewell to the deceased”, “Do not pass a person without greeting and say a good word to him.” 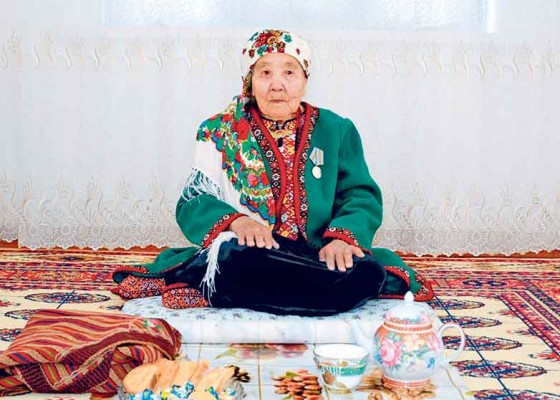 Even Old Age Can Be Joyful

Spring, the best time of the year, when everything around revives and the first spring flowers rejoice with its beauty, has come. As in previous years, in the year “Turkmenistan – the Home of Peace and Trust”, on the eve of the holiday, the hyakimlik and department of culture of the Babadayhan etrap and also public organisations congratulated on this event an amazing woman who is happy in the family and actively participates in public activities for the benefit of society. She is a resident of the etrap centre, Hurma Maviyeva. She is 92 years old. Perhaps it is a great miracle to live a long life in health and being at a very old age to do everything by oneself, not to be a burden to anyone and to be a living symbol of hard work, patience and faith. And not only for relatives and loved ones.