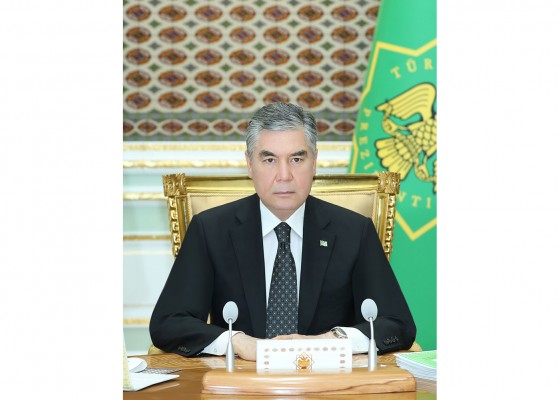 On June 2, Esteemed President Gurbanguly Berdimuhamedov chaired a working meeting by means of digital videoconferencing with the participation of the Cabinet Deputy Chairman supervising the agricultural sector and velayat khyakims. The priority targets of socio-economic development of regions, the results of works carried out in five months of this year, as well as the current state of affairs on agricultural land plots and other issues were discussed. 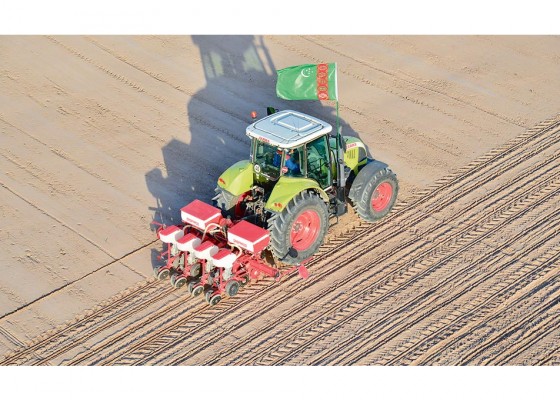 To Promote the Development of Agricultural Production

A meeting of the working group of the participants of the regional project of the Food and Agriculture Organisation of the United Nations (FAO), which is being implemented in Turkmenistan with the coordination of the Ministry of Agriculture and Environment Protection, has been held recently on the basis of the National Institute of Deserts, Flora and Fauna. In order to discuss the positions held and to present the planned events for the current year, the meeting was attended by senior officials of structural divisions of the agro-ecological ministry, including the Committee for Hydrometeorology of Turkmenistan, and also specialists from the Mejlis of Turkmenistan and the State Committee for Water Resources. The project is called “Integrated Natural Resources Management in Drought-Prone and Salt-Affected Agricultural Production Systems in Central Asia and Turkey” (CACILM-2). Its goal is to restore the fertility of agricultural lands and to increase the productivity of natural pastures in different agro-ecological regions of the country – mountains, desert and river oasis. It is planned to introduce advanced methods of desalinisation of irrigated soils, increase in their harvests and return of degraded pastures of the Karakum Desert to circulation by sowing seeds of high-yield psammophytes – white and black saxaul, Calligonum, Salsola richteri, Astragalus and other woody plants. 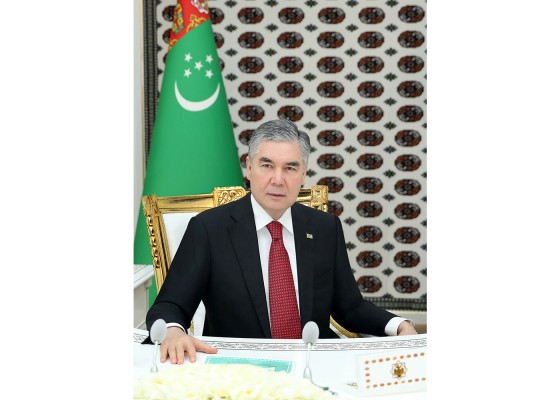 The President of Turkmenistan holds session on development of agricultural complex

On February 3, President Gurbanguly Berdimuhamedov has held video conference meeting on development of agricultural complex with participation of some Deputy Chairmen of the Cabinet of Ministers, heads of relative ministry and profile departments as well as directors of profile universities. Opening the session, during which the outcomes of work of agricultural complex in the last year have been reviewed, the head of the state highlighted that agricultural complex is one of the main branches of national economy. The government invests big resources to the agriculture and despite this fact, there are many deficiencies and unused capabilities in agrarian sector, the President of the country highlighted. 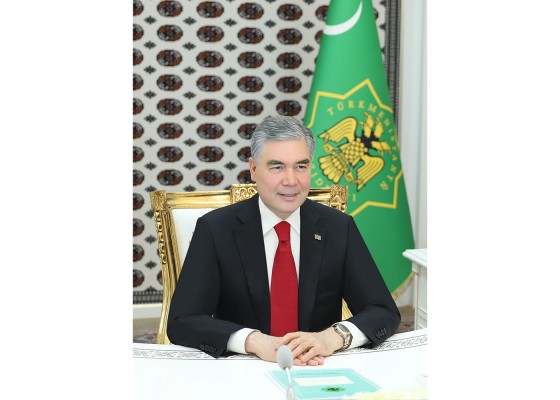 On February 1, President Gurbanguly Berdimuhamedov has held working video conference session with participation of the Deputy Chairman of the Cabinet of Ministers, who is in charge of agricultural complex, and governors of the regions of the country. Issues of social and economic development of the regions, preparation to coming sowing campaign, seasonal agricultural works have been reviewed and reports of the heads of regional administrations about work carried out for the past week have been presented at the session.