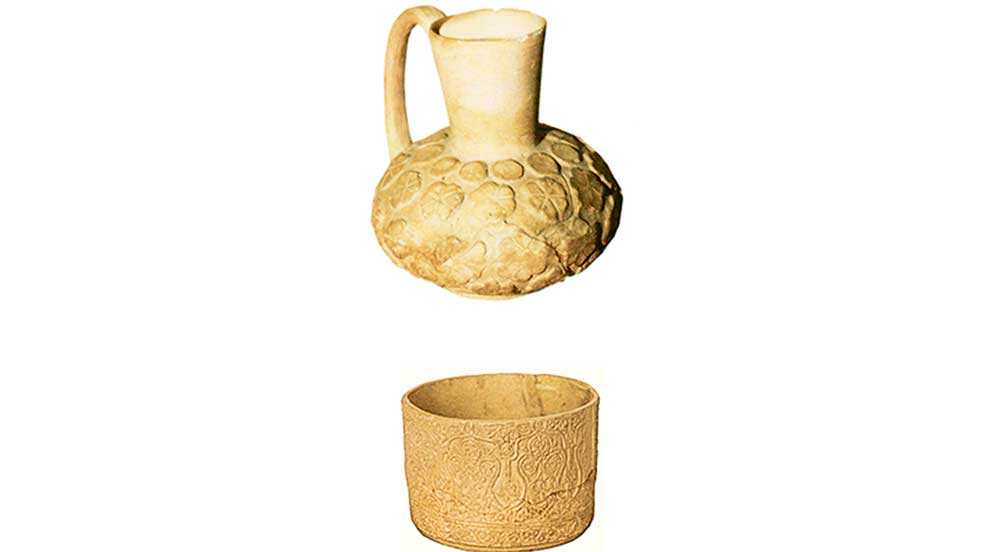 Large cities that grew up along the Great Silk Road were not only strategic hubs of transit trade, but also well-known centres of production of a wide variety of goods. For a long time, earthenware dishware that is so necessary in every home remained to be among the most used. It is not surprising that ceramic art reached perfection in medieval Turkmenistan. A special group of unglazed ceramics includes vessels with the entire surface ornamented in relief-stamped patterns and made using special matrices (galyb). They are found at the settlements of the 11th-13th centuries. The largest centre of production of such ceramic products was Merv.

A vast quarter of ceramists was located in the vicinity of medieval Merv, behind the wall of the site of the ancient settlement of Sultan Gala, in the square of the former suburb, rabad. Thousands of furnaces operated there from the 11th till the early 13th century. Locally manufactured ceramic items – glazed and unglazed – include numerous fragments of high-quality stamped vessels. Ceramic products deformed during firing or damaged during manufacturing were found in mass quantities in the dumps of ceramic scrap; artisans broke them following the custom not to keep their failures. After thorough selection and restoration, the fragments helped recreate a large number of magnificent forms of dishware.

Agabay ATAGARRIYEV,
a senior research worker at the Institute of History and Archaeology, Academy of Sciences of Turkmenistan