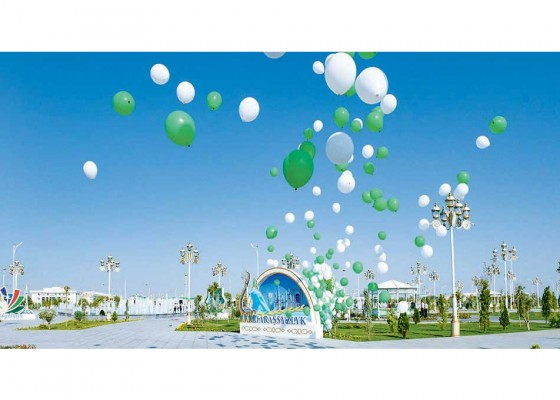 A new park of the capital city

On the eve of the nationwide celebrations of the 30th anniversary of our sacred independence, dozens of large new buildings, industrial, social and cultural facilities, are being commissioned in the capital city and throughout the country. So, in Ashgabat, in a special solemn atmosphere, the opening of a new park and four underground passages at the intersection of Atamurat Niyazov Avenue and Khoja Ahmad Yasavi Street took place. It is generally accepted that parks are the “lungs” of cities that provide clean air, while green spaces themselves create a wonderful atmosphere for relaxation and useful leisure. The new park is named Lachyn. And this is not accidental: after all, the green zone is located between the airport and a new hotel Garagum, where everything is intended for warmly welcoming the guests of our hospitable capital city. 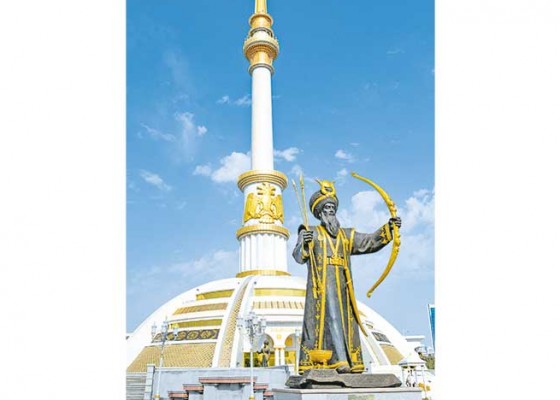 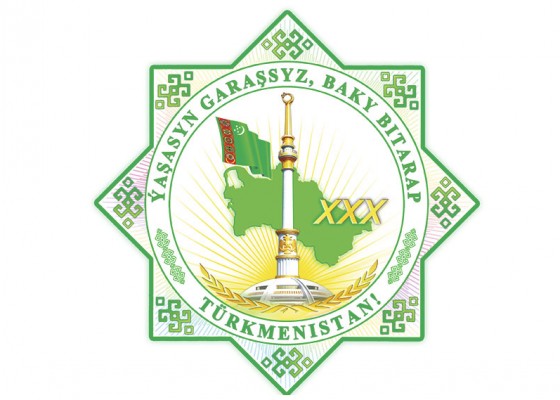 Independence is happiness of the turkmen people

To date, the Turkmen people are proud of their happiness – the epoch when they live a prosperous life. An independent, sovereign state is the dream of our great ancestors! A new golden page was opened 30 years ago. Our people continue the path of freedom, raise the banner of independence, sing the song of happiness, and firmly establish the foundation of a secular, democratic and constitutional state. Our people have been attaching great importance to humanitarian principles even during different difficult and tumultuous periods of history and nowadays live in a prosperous and happy epoch as an independent state. From the very beginning, Turkmenistan has gained worldwide recognition and has chosen the peace-loving, solidarity, and democratic principles as the main directions of state policy. This policy is warmly supported by all countries of the world. The number of countries extending the hand of friendship to our Motherland and establishing diplomatic relations with Turkmenistan is increasing day by day. 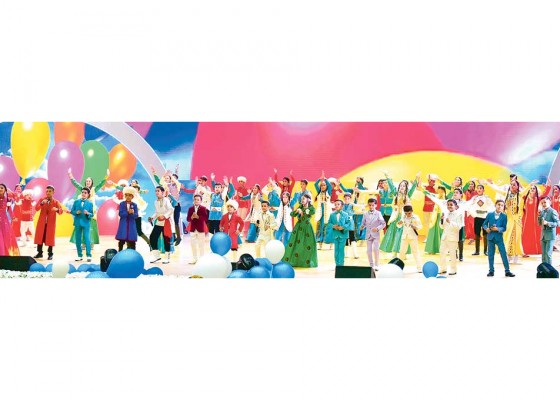 Gala Concert of the Finalists of the Children’s Music and Song Contest in Honour of the Independence Day of the Motherland The gala concert of the participants of the final of the music and song contest of young talents “Garaşsyzlygyň merjen däneleri”, devoted to the 30th anniversary of independence of Turkmenistan, took place in the Novruz valley, where the building in the shape of a huge yurt “Türkmeniň ak öýi” rises majestically. 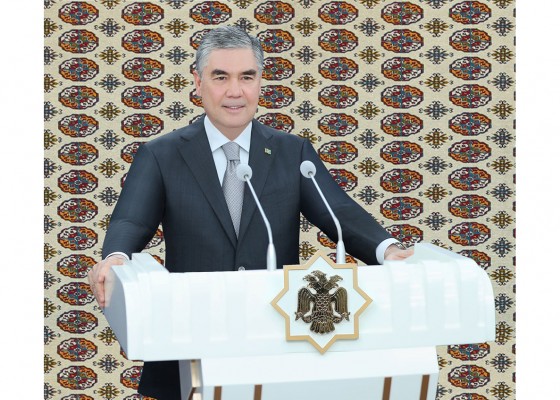 President Gurbanguly BERDIMUHAMEDOV: Ensuring a happy life of the people – the purpose of large-scale transformations carried out

The Head of State Participates in the Opening of Large New Buildings in the Dashoguz velayat President Gurbanguly Berdimuhamedov made a working trip to the Dashoguz velayat, where he participated in the opening ceremony of a new residential area and a building “Türkmeniň ak öýi” in the administrative centre of the region. 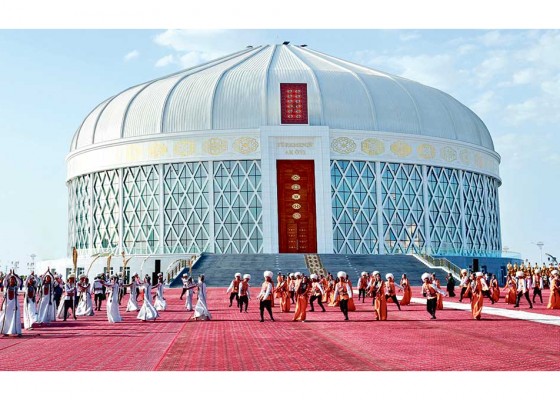 Towards Great Achievements and Progress under the Leadership of Arkadag

This year is a jubilee one for our country: we are celebrating the 30th anniversary of sacred independence of the Motherland – the first state in the world whose status of neutrality was recognised by the UN more than 25 years ago. By the decision of the UN General Assembly, the day the Turkmen state acquired this status – December 12 – is celebrated as the International Day of Neutrality. “The acquisition of the internationally recognised status of permanent neutrality by Turkmenistan has become the crucial, without exaggeration, historic event for our country,” President Gurbanguly Berdimuhamedov underlines. “It predetermined the course and content of the foreign policy of the Turkmen state and had a strong positive impact on the national development, the implementation of large-scale national plans in the economy and social sphere and the formation and strengthening of democratic institutions.” 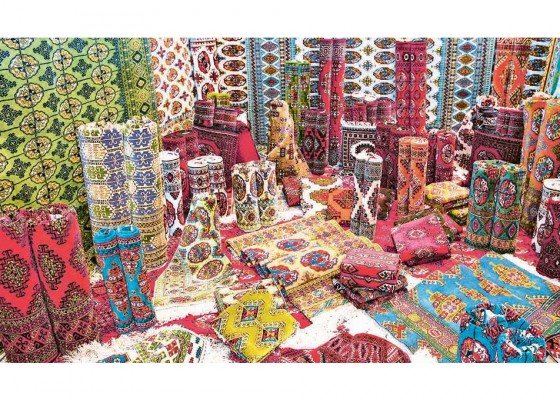 President Gurbanguly BERDIMUHAMEDOV: Ashgabat is a beacon that lights up our ways to a bright future

International Universal Exhibition “White City of Ashgabat” to Mark of the 140th Anniversary of the Capital City The XX International Universal Exhibition entitled “White City of Ashgabat”, timed to coincide with the 140th anniversary of the founding of the capital city, was held at the exhibition centre of the Chamber of Commerce and Industry of Turkmenistan. 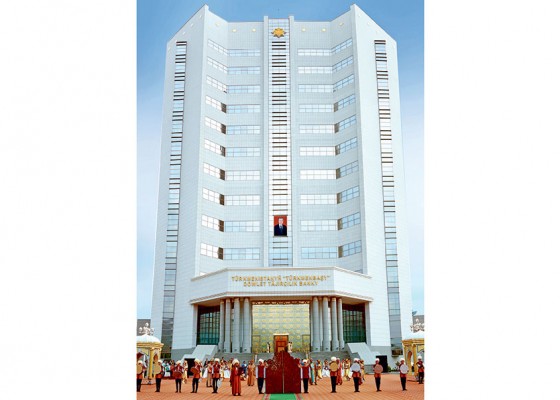 Important events of the epoch of prosperity 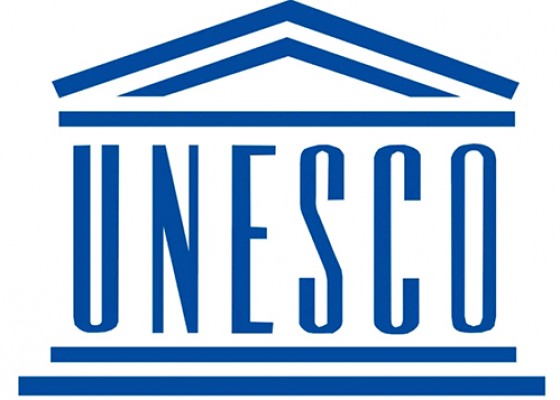 In a modern diplomacy the cultural diplomacy is considered the core of public diplomacy. It includes the exchange of ideas, information, art, language and other aspects of culture among countries in order to foster mutual understanding. The main purpose is to protect the national interests of states by spreading a positive understanding around the world. Nowadays states more actively use positive platforms such as organizations to promote their national interests. One of these kinds of organizations is UNESCO which stands for the United Nations Educational, Scientific and Cultural Organization. Turkmenistan became the member of UNESCO on August 17, 1993, and since then, a special mechanism has been established at the national level for systematic co-operation with this organization. The national mechanism of work consists of the National Commission of Turkmenistan for UNESCO and the Permanent Mission of Turkmenistan to the United Nations Educational, Scientific and Cultural Organization.

This year is special for all of us – the 30th anniversary of the independence of the Turkmen state and 140th anniversary of the foundation of Ashgabat. Today, Turkmenistan is a self-sufficient and dynamically developing state. Its successes astonish the whole world. Our land has been multinational and hospitable for centuries. Representatives of different nationalities have lived here in friendship and concord for many centuries. Over the years of independence, our beloved city of Ashgabat has also developed. It is now by right called the “pearl of Asia”. On the eve of one of the most favourite and traditional Turkmen holidays, Ashgabat Day, there is an opportunity to sum up the way covered and to open a new page in history, which will be even brighter, fuller and more interesting.