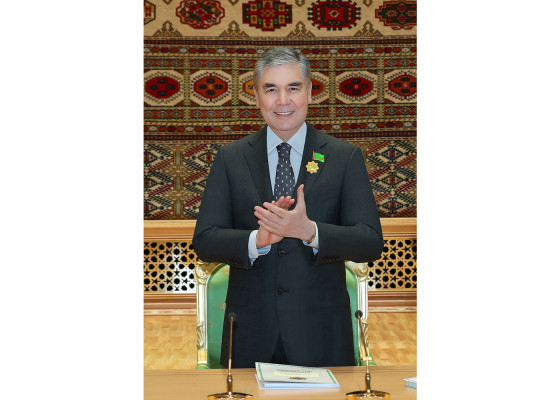 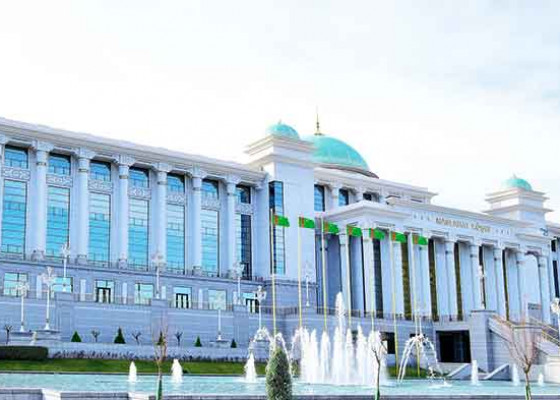 On February 11, 2022, under the chairmanship of President Gurbanguly Berdimuhamedov, an extraordinary meeting of the Halk Maslakhaty (People's Council) of the Milli Gengesh of Turkmenistan was held. The meeting was attended by elected members of the Halk Maslakhaty of the Milli Gengesh of Turkmenistan, deputies of the Mejlis, heads of state authorities, political parties and public organizations, hyakims of velayats, etraps and cities, honorary elders of the people representatives of all segments of the population. 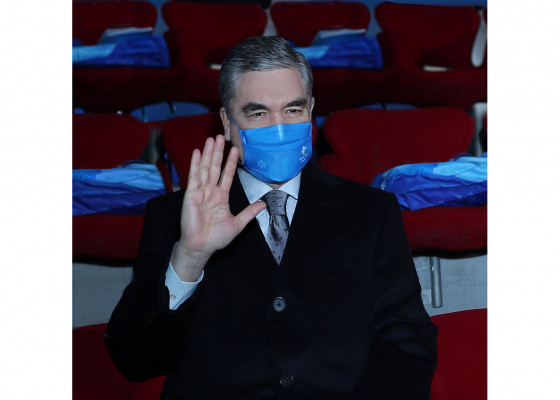 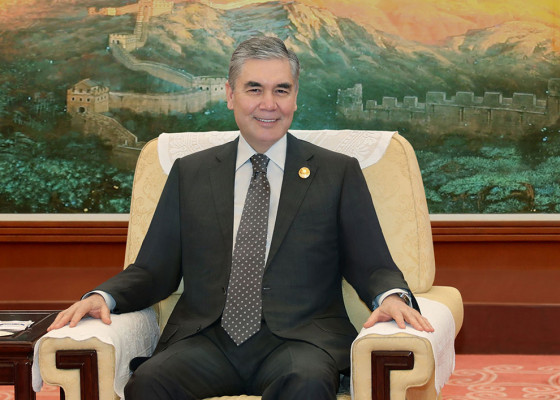 A Meeting of President Gurbanguly Berdimuhamedov and the President of the People’s Republic of China Xi Jinping The working visit of President Gurbanguly Berdimuhamedov to the People’s Republic of China has ended. As it was already reported, the leader of the nation, at the invitation of the President of China, had become a guest of honour at the opening ceremony of the XXIV Winter Olympic Games in Beijing. 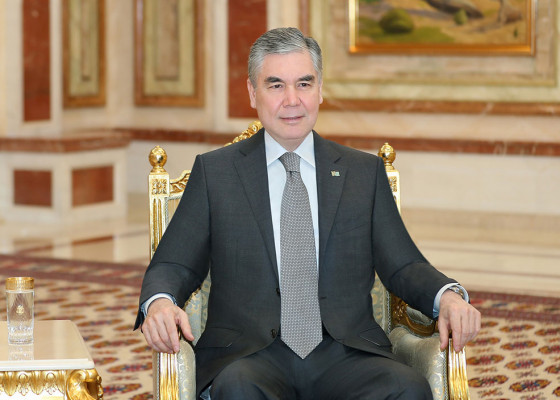 President Gurbanguly Berdimuhamedov Gives an Interview to Representatives of Leading Chinese Periodicals and TV Channels of the People’s Republic of China President Gurbanguly Berdimuhamedov gave an interview to representatives of a number of TV channels and authoritative periodicals of the People’s Republic of China, a long-standing and reliable partner of our country. Ms Yu Xiaoshuang, the press officer of the Chinese Embassy to Turkmenistan, took part in a Q&amp;A conversation with the national leader. 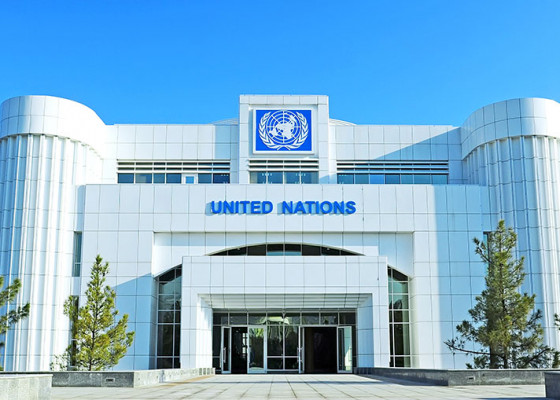 Under the wise guidance of our Hero Arkadag, being loyal to principle of permanent Neutrality, with its initiatives in foreign policy Turkmenistan actively joins in the world community. Strengthening the Neutrality status of Turkmenistan, which is indestructible pillar of our Independence, occupying an important place in realizing successfully farsighted and fruitful international policy on the basis of Resolution of the General Assembly of the United Nations Organization, is the special foundation of that historical way. Beginning since the first days of its Independence, side by side establishing mutually beneficial relations with all the states of the world, including the international organizations, our country makes great efforts in order to make that co-operation on the level of the world community on the basis of friendly and mutually beneficial relations. At present Turkmenistan is widely known in the world as the state putting forward not only its own national interests, but also as the state following the regional co-operation, the goodwill, beneficial bilateral and multilateral relations, putting forward important international initiatives. Strengthening the universal peace and security is the main primary trend of foreign policy carried out by our Neutral state. In accordance with it, taking into consideration the situation formed in the region and the whole world, 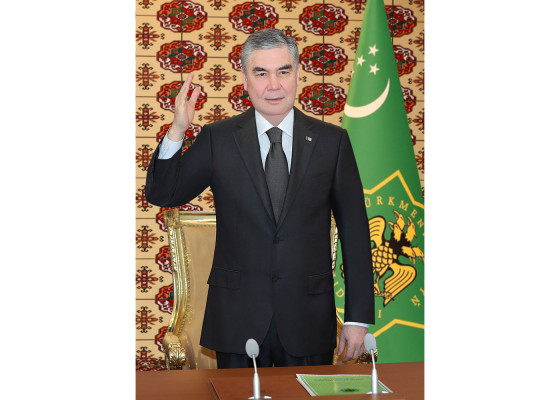 President Gurbanguly Berdimuhamedov Takes Part in the Celebrations to Mark the Day of the Defenders of the Motherland A solemn meeting, attended by the President of Turkmenistan, the Supreme Commander-in-Chief of the Armed Forces of Turkmenistan, General of the Army ­Gurbanguly ­Berdimuhamedov, was held at the Central House of Officers of the Ministry of Defence. During the meeting, the ceremony of presenting awards and conferring military ranks to the best law-enforcement officers took place. 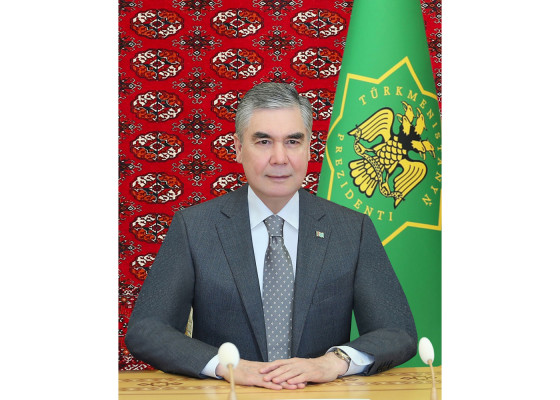 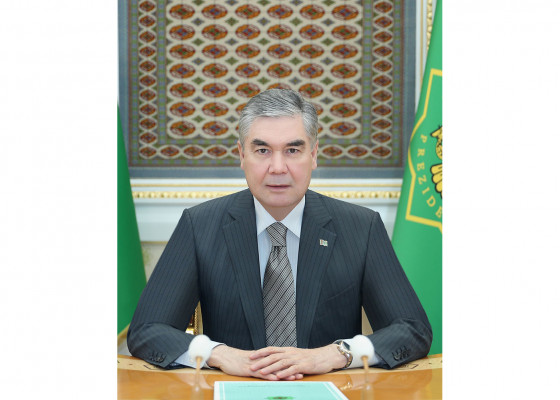 President Gurbanguly Berdimuhamedov Participates in the Central Asia–India Summit On the invitation of the Prime Minister of the Republic of India Narendra Modi, President ­Gurbanguly Berdimuhamedov took part in the First Central Asia–India Summit held via the digital system. It is noteworthy that the current year 2022 is marked for the states of the region and India by an anniversary date – the 30th anniversary of the establishment of diplomatic relations. 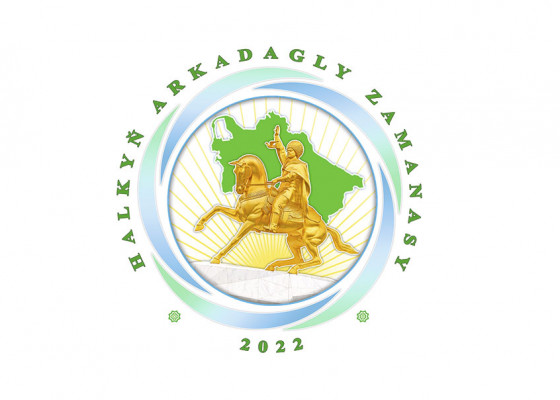 On the instruction of the President of Turkmenistan, a delegation of our country, headed by the Deputy Chairman of the Cabinet of Ministers Serdar Berdimuhamedov, made a working trip to the capital of the Republic of Uzbekistan – the city of Tashkent, where they held meetings in order to further effectively develop the interregional cooperation and to discuss key areas of the bilateral trade, economic, political and diplomatic cooperation. This trip is of great importance in the context of the successful official visit of President Gurbanguly Berdimuhamedov to the Republic of Uzbekistan in early October 2021. During the high-level talks, the Turkmen leader emphasised the existed level of trust and mutual understanding allowed Turkmenistan and Uzbekistan to confidently build their relations for the future, to coordinate approaches on topical issues of international politics and to form long-term partnership plans in economy, trade, investment activities and in the cultural and humanitarian sphere.