Leaders of the International Competition 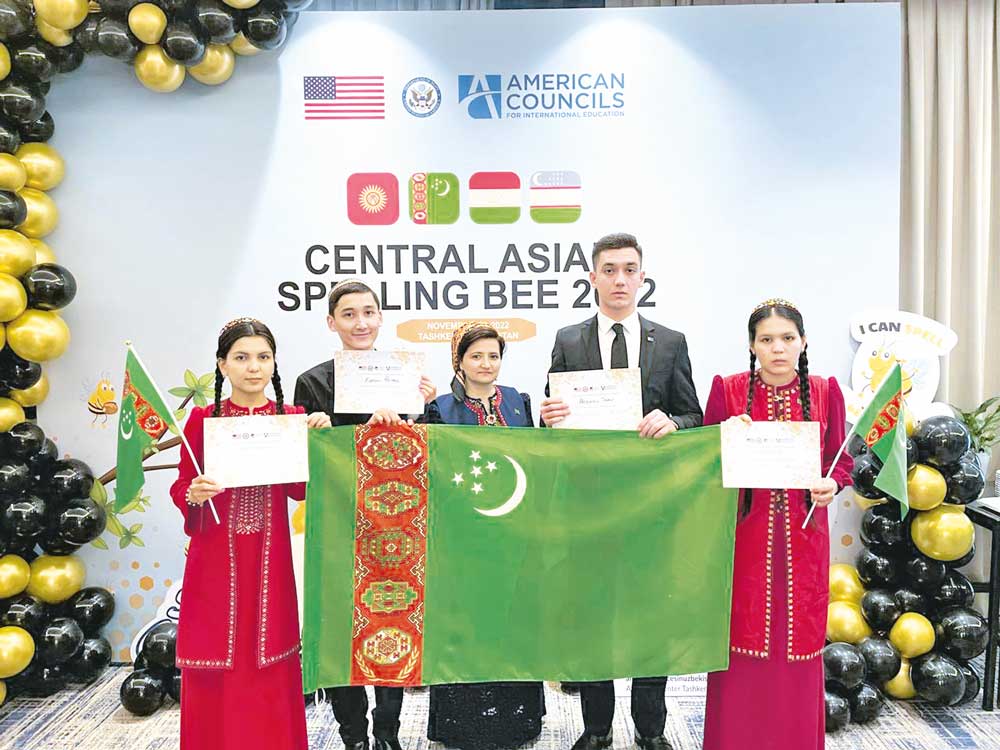 The student team, consisting of the winners of the national tour of the Central Asian contest “Spelling Bee-2022”, worthily represented our country at the final competition, held in the capital of neighbouring Uzbekistan, the city of Tashkent.

Let us remind that this competitive initiative is a long tradition of English-speaking countries, aimed at identifying skills in the correct pronunciation of letters in order to successfully cope with the difficulties of English spelling. This time, held on the large scale in the Central Asian region, the competition involved the best Turkmen students, four of whom, as winners of the national tour, represented our country at the final competition held in the international format.