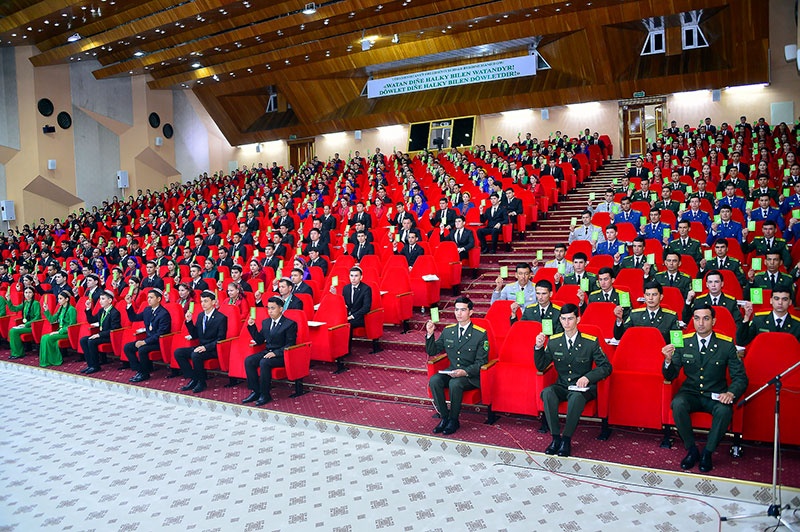 01.09.2022. The next, VII Congress of Magtymguly Youth Organisation of Turkmenistan was held at the Mekan Palace in the capital city. The Forum, timed to coincide with the 31st anniversary of the sacred independence of the Motherland, was attended by President Serdar Berdimuhamedov.

During the Congress, which brought together delegates from the capital and all velayats of the country, an analysis of the work, done over the past period, was made, and the priority tasks, facing the Organisation in the period of the Revival of the New Era of the Powerful State, and a number of organisational issues were considered.