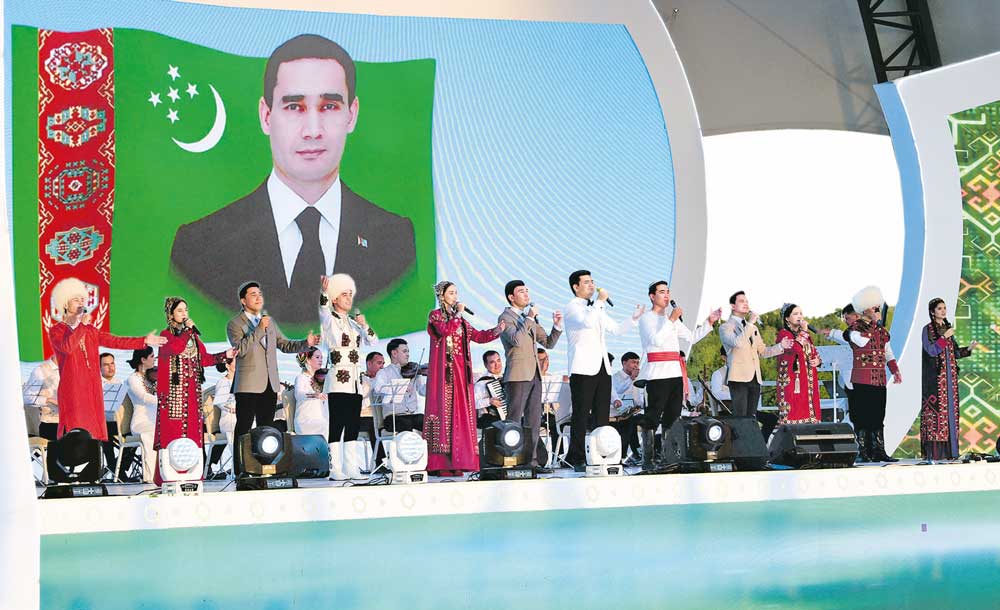 A large-scale music and signing show that had been held throughout the country ended last weekend. The final round of the anniversary, 30th Ýaňlan, Diýarym! TV Contest of talented young performers took place in the amphitheatre of the Ashgabat Song and Music Centre in the capital city on the eve of the 31st anniversary of the sacred independence of Turkmenistan.

An increasing number of gifted representatives of the younger generation participate in the contest every year. Hundreds of performers from all over the country took part in the qualifying round. Twelve performers were qualified to the final of the competition. They presented their bright vocal performances in different genres. It was very difficult to choose the best soloists, whose skills deserve the highest marks.