The strong foundation of prosperity 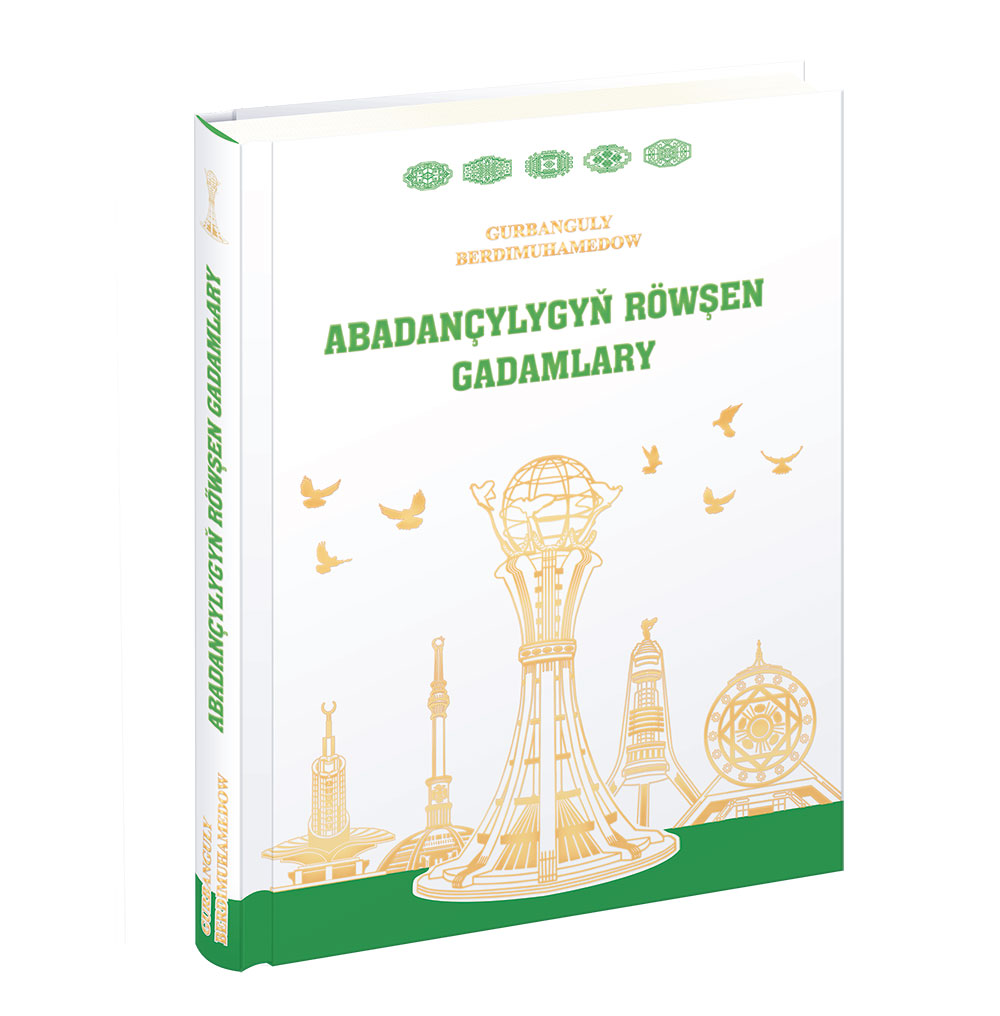 The books, scientific works, multifaceted fundamental works by our Hero Arkadag, which are very popular both in and outside of our country, are very important in upbringing the younger generation on the basis of patriotism and the moral values that have developed over the centuries. The book «Bright Steps of Prosperity» by our Hero Arkadag includes public speeches, a collection of ideas on foreign policy, economics, culture, science, a new publication and other areas, as well as a proposal to further development of our state. Of course, the fact that this book answers many of the most complex questions of modern international life, its significant importance for understanding deeply thoughtful policies of our Neutral State carried out on the world scale, our Motherland’s position in the world, the aims and tasks put forward in it, shows its great significance not only for politicians, diplomats, specialists, and journalists, but also for all citizens who are interested in foreign policy. The book outlines concrete and fundamental approaches to the important tasks of the modern world, such as maintaining and strengthening the current peace and stability of our country, appreciating the future of regional development, in accordance with the provisions of United Nation's Charter and enacting the Universal Declaration of Human Rights which is also noteworthy that states the specific proposals and initiatives to encourage mutual trustworthy international relations.

Since the first days of independence, our country has not only established mutually beneficial relations with all countries of the world, including major international organizations, but also strives for making those relations on the level of friendship and mutually beneficial, positive relations, on the level of the world humanity. Today, Turkmenistan is widely known in the world as the country that promotes not only its national interests, but also as the state putting forward its international initiatives on regional co-operation, goodwill, mutually beneficial bilateral and multilateral relations. Strengthening global peace and security is a top priority of foreign policy of our Neutral state. In accordance with it, in recent years, following the policy of neutrality and taking into consideration the situation formed in the region and in the whole world, Turkmenistan pursues the policy on securing universal prosperity and peaceful development, on positive solution of the most important problems of the present times, on establishing of mutual understanding and confidence. The book includes the speeches of our Hero Arkadag at the 3rd Consultative Meeting of the Heads of the states of Central Asia, the Organization of Economic Co-operation, at the meetings of the Shanghai Co-operation Organization, the Summits of the Commonwealth of Independent States and other forums and it shows that a special attention is paid to regional problems in the book.