At the expanses of the caspian region 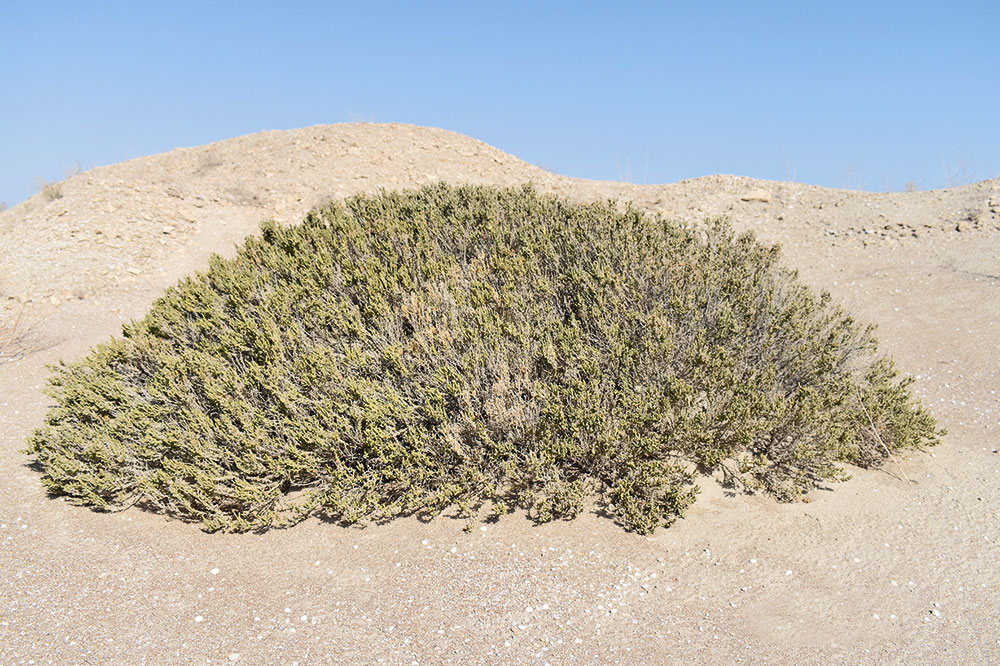 The scientific “portfolio” of the National Institute of Deserts, Flora and Fauna has been updated, and the laboratories have chosen new scientific topics for the period 2021–2025. In the pre-winter period, the expedition trips of 2021, which scientists use to study nature seasonally, to collect material and to advance in research in their areas of study, ended. In the schedule of activities of scientists of the biodiversity laboratory of the Institute, the last trip was listed as “monitoring of the vegetation of the Caspian deserts and their economic importance”. Geo-botanical studies covered the Krasnovodsk plateau, the Oktumgum sands and the Turkmenbashi-Garabogaz seaside alluvial lowland. Berdymurad Yazhanov, a postgraduate student of the Institute of Applied and General Biology of the Oguzhan Engineering and Technology University, joined the group of researchers. For him it was the first field experience.

The Karakum Desert is contrasting: at different time of the year it looks like either blooming or scorched wasteland; now against the background of a monotonous grey space on saline soils, there are red-orange “islands” due to the presence of annual juicy halophytes – Climacoptera, Suaeda and Salsola sclerantha, which continue vegetating due to the lack of frost. Of interest is the vegetation of the site adjacent to the southern coast of the Garabogazgol Bay, which geographically belongs to the northern part of the Oktumgum sands. The local landscape is represented by aeolian forms, formed due to the winding of sea sands and sandy-pebble formations, which are of a hilly and ridge character. Such territories are characterised by suzen, Salsola richteri and Artemisia santonicum plant communities with the participation of the Astragalus and ephemer plants. Ridges of hills of various heights are interspersed with depressions formed by dense soils, where bushes of the Artemisia kemrudica can be found. Their peaks are formed by sands, which are covered by the thickets of the Salsola richteri with the participation of the Astragalus, Artemisia santonicum, Aristida karelini and ephemer plants.

Pirli KEPBANOV,
the Director at the National Institute of Deserts, Flora and Fauna, Ministry of Agriculture and Environment Protection of Turkmenistan, Candidate of Biology Photo: the author