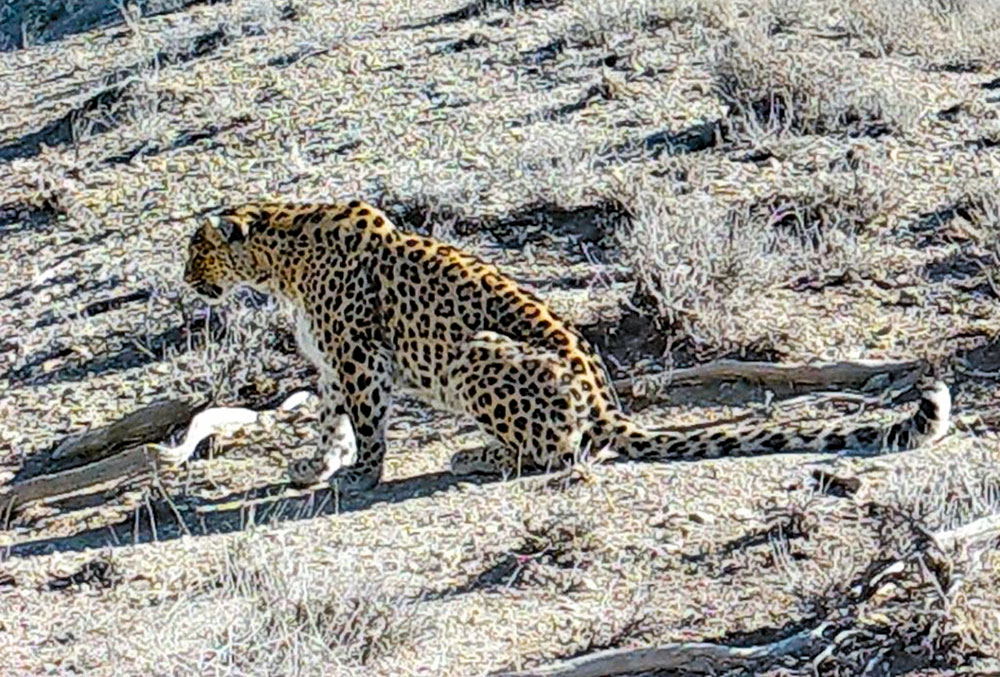 To take a picture of a rare animal at close range is a great success even for nature inspectors who conduct regular inspections around the areas of the state nature reserves. Sometimes, black kites, vultures, steppe eagles or eagle owls are captured at the nesting site, and a fox searching for food is spotted. The workers of the Badhyz Nature Reserve were lucky to see a leopard tracking down its prey and leaving for a den with two cubs; ecologists admired the dizzying leaps of adult bezoar goats in the Kopetdag Mountains. From time to time, a wolf and a hyena get into the camera traps.

In recent years, ecologists of the Ministry of Agriculture and Environment Protection have introduced automatic cameras, the so-called camera traps, into the practice of scientific natural history. These cameras help conduct observations of rare, “Red Data Book” animals in their natural habitats, which the staff of the nature reserves could see rarely when carrying out planned research activities and biodiversity inventory. This was partly due to the predominantly night or twilight schedule of wakefulness or great caution of these animals. This method has been used in the Koytendag Mountains since 2013, and it gave a brilliant result – a lynx with two kittens got into the camera trap. Scientists do not even have to dream about seeing such a scene; this animal is very sensitive to human presence. The compact, camouflage-coloured device has a motion sensor that turns on when it detects any movement. Only the tiny red blinking light, indicating the ongoing video filming, gives out the presence of a “peeping” device and attracts the attention of animals; predators even try to attack it. The other parts of the camera are almost invisible. When installed on site, the camera allows not disturbing the animals for up to 6 months – its memory card has the sufficient storage capacity.