Parrots Live in the Parks of Ashgabat 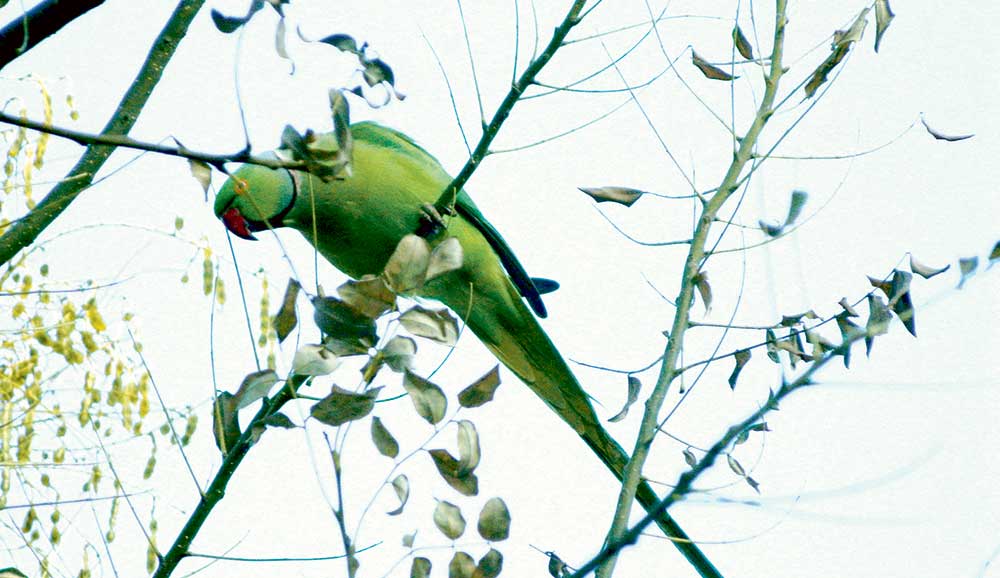 For many decades, sparrows and ringdoves have been the habitual birds inhabiting the courtyards, public gardens and parks of Ashgabat. Each morning began with the cheerful chirping of joyous sparrows making a fuss in the courtyards and on flowerbeds and the clanging of modest, delicate ringdoves that fearfully took off frequently flapping, gained height, spreading their wings and tail, and landed thrown by Ashgabat well-wishers.

When multi-storey buildings appeared in the capital, an increasing number of wild blue pigeons settled down in the attics and empty roofs of high-rise buildings. In the early 2000s, exotic common mynas. In spring and autumn, other birds can be seen in the city; they stop for rest and feeding during the flight. The desert species of avifauna can fly from the Karakum Desert to feast on flowers of the maclura and mulberry fruits. However, all these birds of the local or migratory feathered fraternity have long become familiar; their appearance, sounds of voices and habits have become easily recognisable.