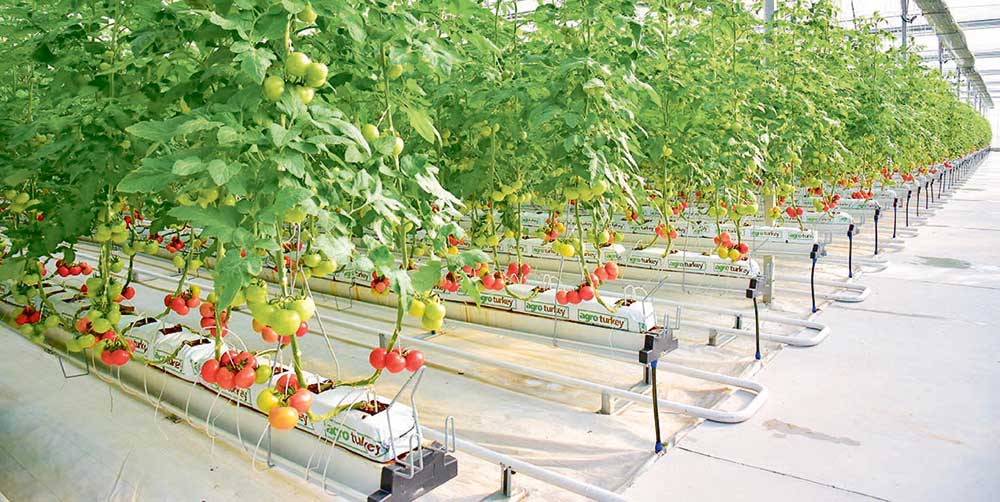 In March, a number of greenhouses, one of which belongs to the Altyn Gala Gurluşyk Individual Enterprise, located in Gerogly etrap, Dashoguz velayat, opened. The Turkmen leader attended the opening ceremonies. The new agricultural facility occupies 5 hectares of a 30-hectare area, which the enterprise received under lease from the state. The entire area is occupied by plantations of tomatoes of different varieties, and all the operations are computer aided, requiring eventual actions of an operator. Computer technology maintains climatic conditions, and 33 people, who have received jobs there, perform mechanical operations.

In total, 75 large greenhouses that belong to the Union of Industrialists and Entrepreneurs of Turkmenistan operate throughout the country. These are 404 hectares “working” at full capacity to grow vegetables and greens all year round for the dastarhan of the Turkmen people. Another 193 similar facilities are at different stages of construction. Greenhouse farmers mainly grow tomatoes, cucumbers and sweet peppers. Computer-aided hothouses and greenhouses are becoming increasingly popular. During the recent opening ceremony, a brand new automatic greenhouse control technology was presented to the Turkmen leader. The representatives of the Ýigit Business Society from the Kaahka etrap, Ahal velayat, vividly presented the advantages of this technology. The President commended the technology and suggested that other greenhouse framers should use it at their facilities. In recent years, the Ýigit enterprise has developed tomato production and become the biggest exporter of tomatoes among Turkmen producers.