Glory to You, Veterans! 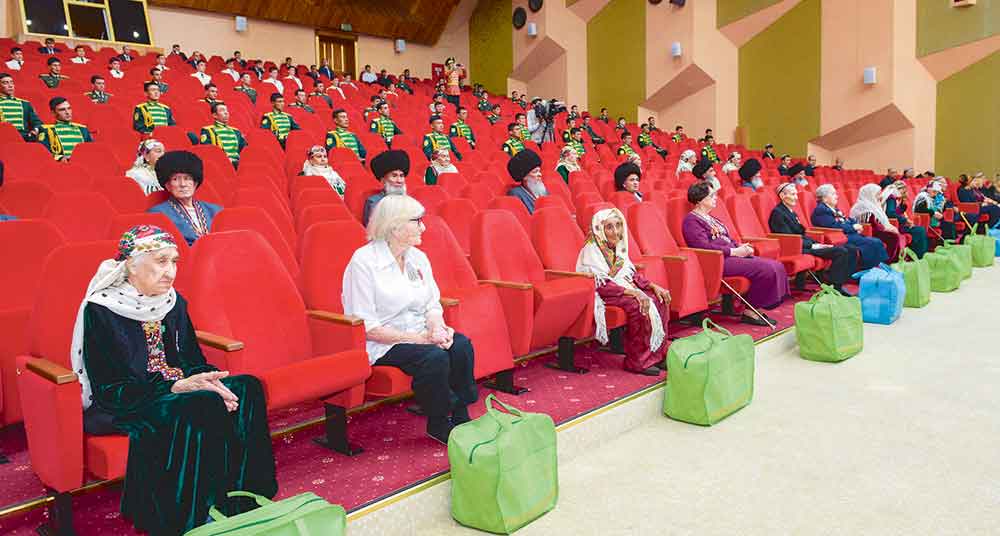 A solemn event to commemorate the Day of Victory in the 1941–1945 Great Patriotic War was held in the Mekan Palace in Ashgabat. It was organised by the hyakimlik of the capital city together with the Democratic Party, the National Trade Union Centre and the Women’s Union of Turkmenistan. Representatives of ministries and departments, public and political organisations, military personnel of the Armed Forces of Turkmenistan and students were invited to a meeting with war veterans and labour ones who forged victory in the rear.

The meeting turned out to be solemn and at the same time very touching. The solemnity of the event was given by an exhibition of paintings, united by the theme “Glory to the winners!”, in the foyer, and a military band greeted those gathered with marches and songs of the war years in the hall. Veterans were carefully supported by their arms, escorted to the place and seated by young people. It was very touching and at the same time joyful because our society has not lost the traditional norms of respect for the older generation and gratitude for the feats of arms and labour to those who defended the world from Nazism and participated in the restoration of the national economy destroyed by the war.